Comelec to review contract with Smartmatic amid security breach allegations 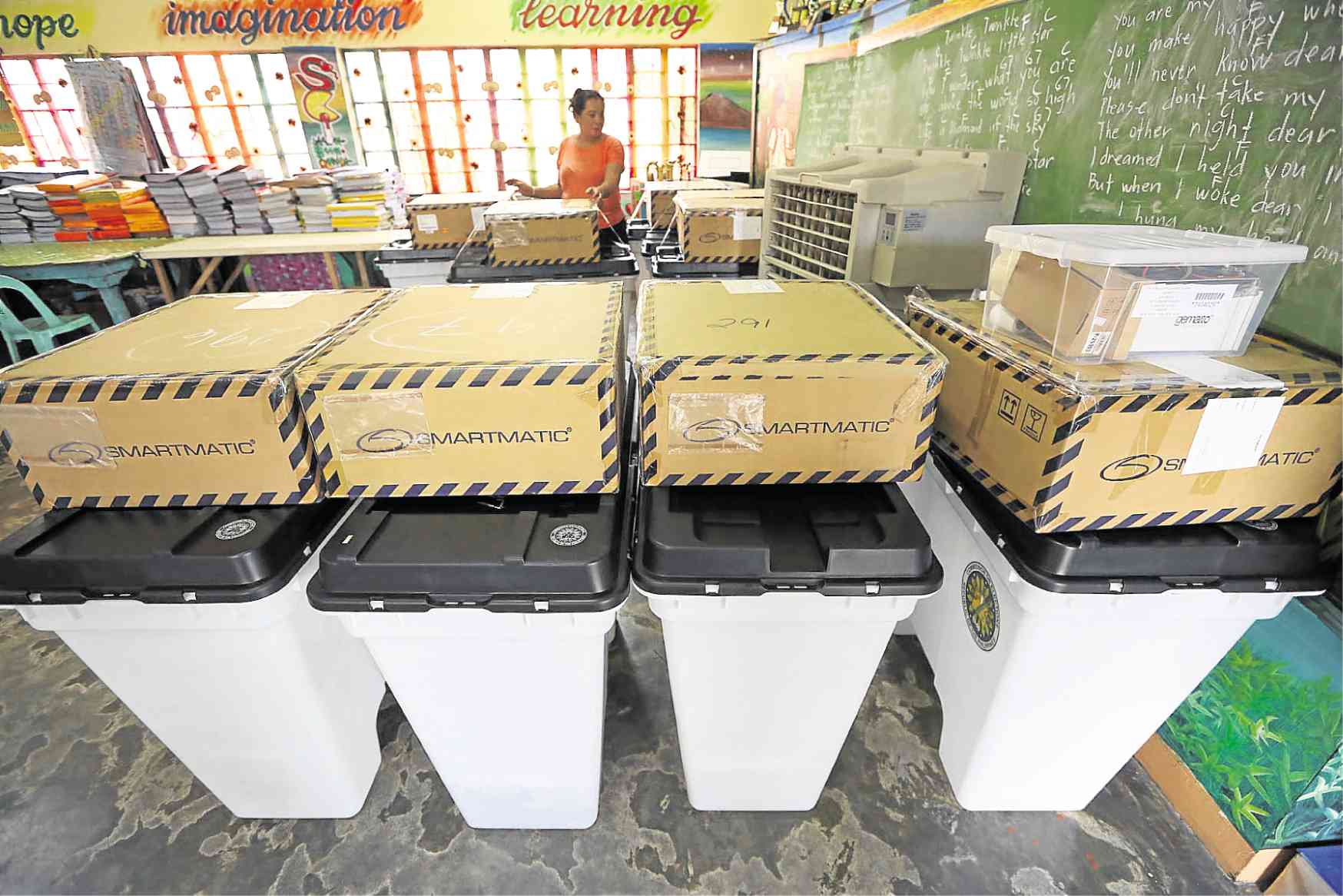 (FILE) UNENDING SCRUTINY A batch of Smartmatic vote-counting machines awaits voters inside a classroom at President Corazon Aquino Elementary School in Batasan Hills, Quezon City on May 13. President Duterte has called on the Commission on Elections to ditch Smartmatic for another technology provider “free of fraud” in time for the 2022 presidential elections. —NIÑO JESUS ORBETA

MANILA, Philippines — The Commission on Elections (Comelec) will be reviewing its contract with Smartmatic following allegations of security breach in the operations of the service provider for the 2022 elections came to light, the poll body’s chairman said Thursday.

Comelec chairperson Saidamen Balt Pangarungan said the poll body’s en banc directed its law department to “conduct a review of the contract with Smartmatic” and to advise the courses of action to be taken by the poll body as may be provided by law and jurisprudence.

Senator Imee Marcos earlier claimed that there is a “very serious” security breach in the operations of Smartmatic allegedly involving one of its employees who had access to confidential information.

“Although we maintain that the Comelec has not fallen victim to any attacks that will amount to a security breach, we will not take these allegations sitting down,” Pangarungan said in a statement.

The Comelec also ordered its executive director to secure from Smartmatic its internal investigation report.

The executive director is likewise tasked to coordinate with the National Bureau of Investigation and secure a copy of its report, Pangarungan said.

The deputy executive director for operations and the Information Technology Department, meanwhile, is directed to give a detailed plan to prevent the occurrence of a similar or related issue.

“I would like to reiterate that these measures are just a few of the measures that the Comelec has been instituting in performing our mandate in protecting the sanctity of the vote since my appointment,” Pangarungan said.

“The public can expect that the Comelec will continue to provide more safeguards and policies that will uphold our democratic exercise,” he added.