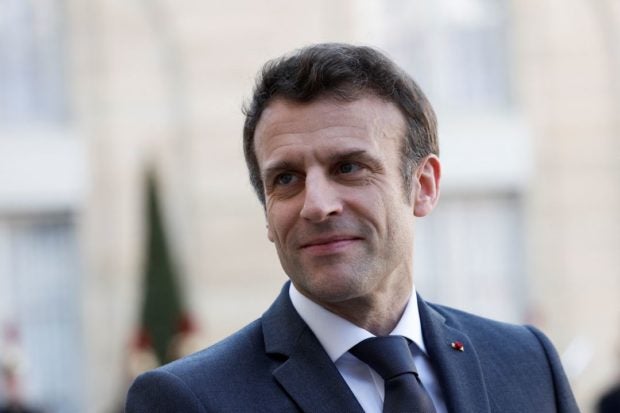 PARIS — French President Emmanuel Macron said on Wednesday that he is prepared to keep up his dialogue with Russian leader Vladimir Putin and that France and Europe will do all they can to stop the war in Ukraine.

“There is uncertainty”, Macron told broadcaster M6, citing the possibility of Russia’s using “unacceptable” weapons or attacking other neighbouring countries.

Speaking ahead of top-level meetings of Western allies in Brussels, Macron said: “We, the French and Europeans, will do everything to stop this war without entering it.”

In the televised interview that mainly focused on Macron’s programme for re-election, he repeated his position that the European Union needed to reform the functioning of its power market, the prices of which depend in large parts of gas import prices from Russia.

“We have to … take back control of our electricity prices by capping them, by diversifying our supplies and finding gas other suppliers, in particular, to be less dependent on Russia”, said Macron.

Macron added that France would make a push to deal with a global food crisis which is a likely consequence of the war. Russia and Ukraine account for about 30% of world wheat exports.

“This is why France will present an initiative of international solidarity tomorrow, to start using emergency food stocks”, Macron said, citing China in particular which he said had large capacity.

Russia moves to expel US diplomats in tit-for-tat move