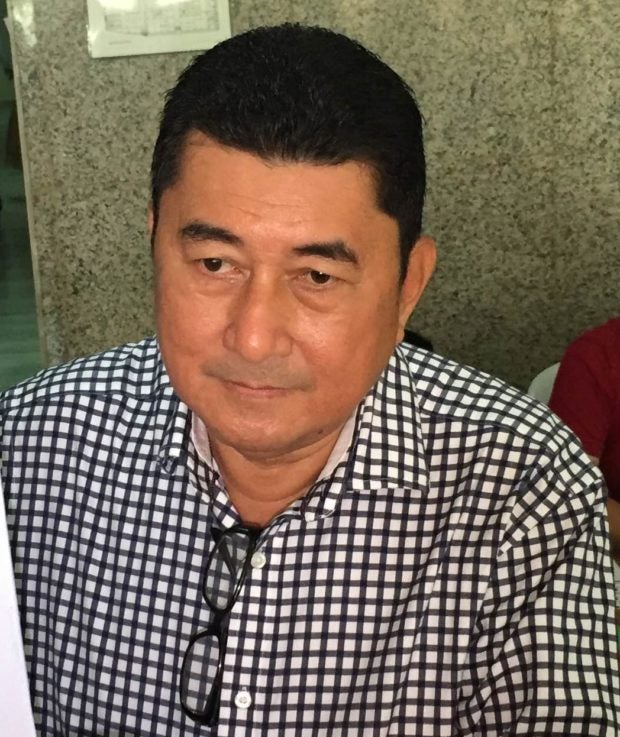 He made the statement as he urged Duterte to support the candidacy of former senator Ferdinand Marcos Jr, saying that if Robredo wins in the May 9 polls, she and other opposition members would push for the President to undergo International Criminal Court proceedings.

Paras described Robredo as an enemy of Duterte.

“I predict kasi, halimbawa ‘yung Leni ang manalo, which is not likely, but she’s inching in in her campaign, if by any chance manalo kalaban ng Pangulo, especially she is supported by the leftists, by the Reds and also by people like Trillanes, Hontiveros who are very adverse to the President, I’m sure they will be pushing and pushing for this,” he said in a Kapihan sa Manila Bay forum.

(For example, if Robredo wins — which is not likely, but she’s inching in in her campaign — if by any chance the enemy of the President would win, especially she is supported by the leftists, by the Reds, and also people like Trillanes and Hontiveros who are very adverse to the President, I’m sure they will be pushing and pushing for this.)

“They’ll create a mob that will demand that the President will be sent to the ICC, maski wala namang grounds (even though they are not grounds),” he added.

Paras advised Duterte to endorse Marcos as his successor because the latter would be the best to protect him against supposed trumped up charges after he steps down from office.

Duterte’s PDP-Laban has endorsed the candidacy of Marcos, saying that the candidate’s platform is the “most aligned with the development program of the President.”

“I’m sure a lot of his enemies would come up with trumped up charges, especially they will try to push the ICC cases. The President needs allies especially from the new administration. I certainly believe that among the candidates, Bongbong Marcos would be the best who would be able to protect him,”  Paras went on.

Paras is a member of the Lakas-CMD, the political party of vice presidential candidate Sara Duterte-Carpio and former president Gloria Macapagal-Arroyo.

INQUIRER.net has sought the comment of Robredo and her camp regarding Paras’ statement.

Robredo has denied that she and her volunteers are linked to the Communist Party of the Philippines and the New People’s Army.

“It’s a lie,” she said about the allegation.

The CPP and the National Democratic Front have also denied talking with Robredo — or any of the other presidential candidates — about the formation of a coalition government.