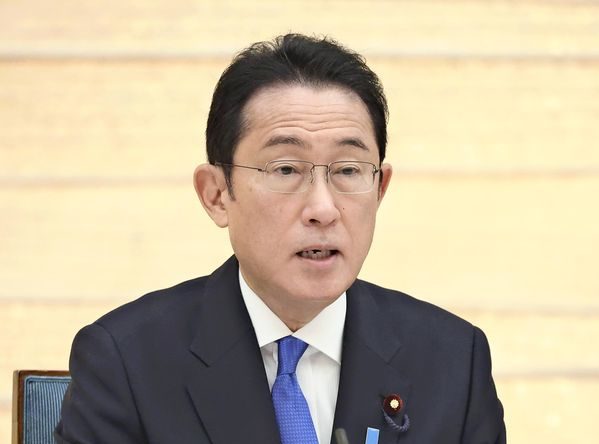 TOKYO — Japan said Tuesday it “strongly protests” Russia’s decision to abandon talks on a World War II peace treaty because of Tokyo’s strong response to the invasion of Ukraine.

“The latest situation occurred as a result of Russia’s aggression against Ukraine, and Russia’s attempt to shift the issue to Japan-Russia relations is extremely unjustified and absolutely unacceptable,” Prime Minister Fumio Kishida said in parliament.

Japan “strongly protests,” he added, condemning Russia for its actions to “unilaterally change the status quo by force.”

Japan and Russia have for years attempted to reach agreement on a post-World War II treaty, but the status of four islands held by Moscow and claimed by Tokyo have been a key sticking point.

But overnight Russia said it would drop the talks, citing the “impossibility” of continuing discussions “with a country that has taken an openly hostile position and is striving to cause harm to the interest of our country.”

Moscow said it was also ending a visa-free regime for Japanese people to visit the disputed islands and was pulling out of talks on joint economic activity there.

Japan has marched in lockstep with allies in the Group of Seven in imposing tough sanctions hitting Russian financial institutions and the country’s leadership.

Japan’s former prime minister Shinzo Abe pushed hard for progress in talks with Russia, but years of efforts have so far produced little agreement on the disputed islands, which Moscow calls the Kurils and Tokyo the Northern Territories.

Analysts say the lack of progress helped free Tokyo to take tougher action against Russia than in the past, when chances for a resolution appeared stronger.

“But Russia’s invasion of Ukraine has left us with no prospects for the issue,” he added.

He said it was also now “impossible” to imagine new economic cooperation with Russia, though Japan has not yet withdrawn from key joint energy projects, seen as necessary for the resource-poor country.