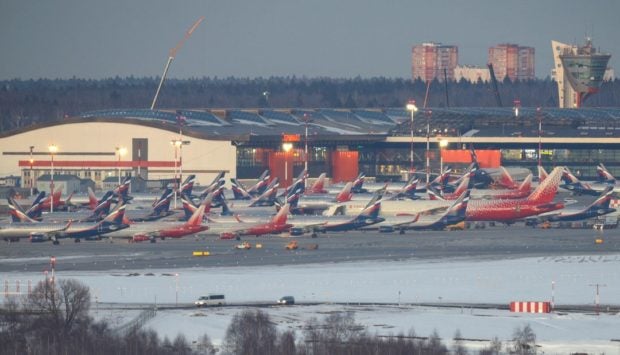 Russia’s largest airport, Moscow’s Sheremetyevo, said on Monday it had furloughed a fifth of its staff and frozen further recruitment as passenger traffic plunged due to Western sanctions.

The United States and Europe have closed their airspace to Russian airlines, prompting Moscow to retaliate by imposing the same measure. Sanctions have also cut off supplies of most aircraft and spare parts to Russia.

“From March 16, some employees of Sheremetyevo International Airport were furloughed,” it said, adding that they would be paid two-thirds of their wages.

Sheremetyevo, one of the busiest airports in Europe before the COVID-19 pandemic hit in 2020, had cast itself as a transit hub linking east and west.

The airport closed two of its five passenger terminals on March 15 and has taken one of its runways out of service, citing “enforced restrictions on international air transport”.

The company has also temporarily frozen all its investment projects.

Privately-owned Ural Airlines, one of Russia’s largest carriers, also said last week that it had been forced to furlough some of its staff.

Russian artist and Ukrainian in Bali collaborate on message of unity