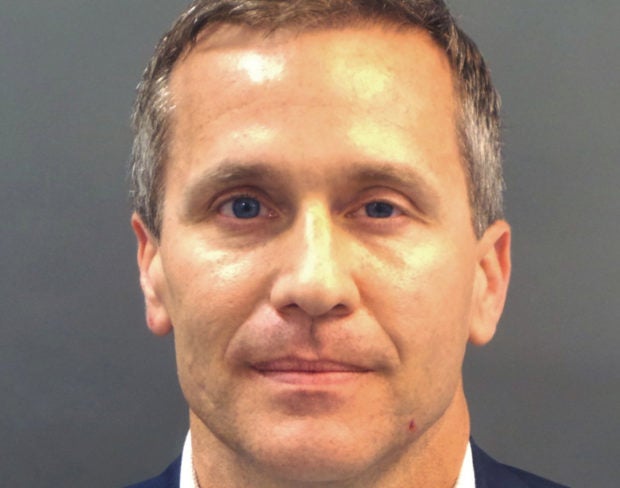 The ex-wife of Eric Greitens, a former Missouri governor now mounting a run for U.S. Senate, accused the candidate in court papers made public on Monday of physical violence toward her and the couple’s sons.

Greitens responded by posting a statement to Twitter, calling Sheena Greitens’ accusations “lies” peddled by political operatives and the media.

“I will continue to love and care for my beautiful sons with all of my being, and that includes fighting for the truth and against completely fabricated, baseless allegations,” Eric Greitens, a 47-year-old Republican, said in the statement.

“I am seeking full custody of my sons and for their sake, I will continue to pray for their mother and hope she gets the help that she needs,” he said. The couple divorced in 2020.

Sheena Greitens said in court documents filed as part of the couple’s child custody proceedings that during an argument at their home in 2018, Eric Greitens knocked her down and confiscated her phone, wallet and keys.

She said that Eric Greitens, who kept a firearm hidden in the house, took a photo that invaded her privacy and threatened to kill himself unless she supported him publicly during a separate political scandal.

Sheena Greitens said that her then-husband once “cuffed” their 3-year-old son. In November of 2019, one of her sons came home from a visit with his father with a swollen face, bleeding gums and a loose tooth, she said, and told her that his father had struck him.

Several candidates seeking the Republican nomination for the U.S. Senate against Greitens called for him to drop out. They were joined by Sen. Josh Hawley, Republican from Missouri.

“If you hit a woman or a child, you belong in handcuffs, not the United States Senate. It’s time for Eric Greitens to leave this race,” Hawley said on Twitter.

Eric Greitens was elected governor of Missouri in 2017 but resigned in June 2018 as he faced accusations of sexual misconduct. The couple split up in 2018 after the resignation.