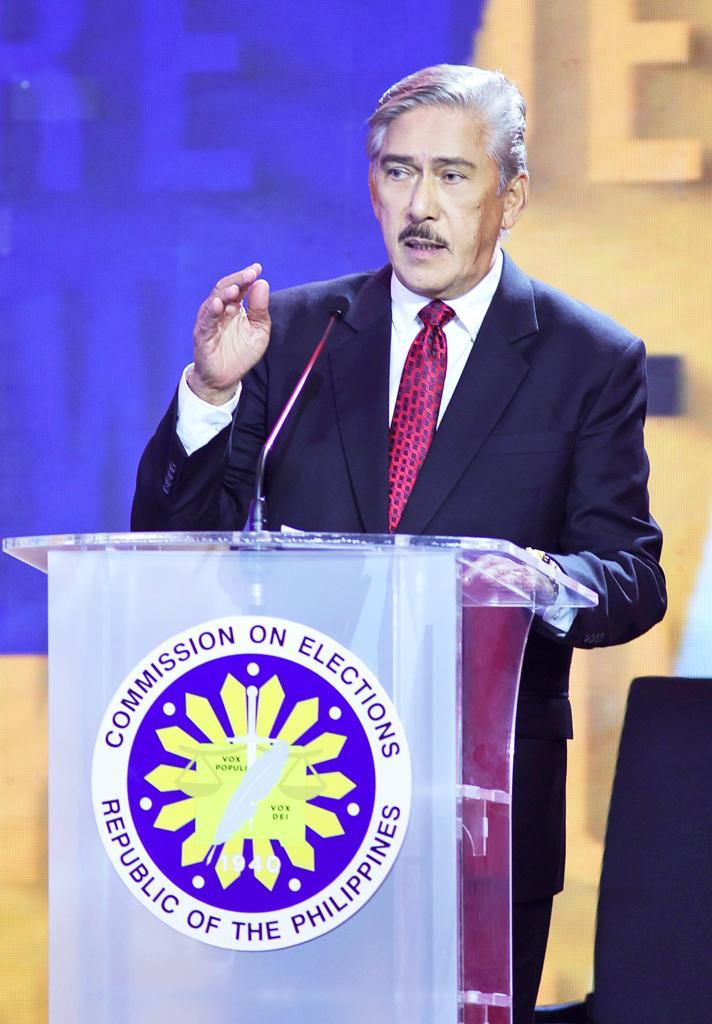 Sotto made the remark in response to a question during Sunday night’s vice presidential debates organized by the Commission on Elections of what he thinks to the idea of having a single anti-corruption body to stop fraud in government.

“Singular body to address corruption? The government is too large for a single body. What we need is internal cleansing, we must lead by example,” Sotto said.

To stress his point, Sotto said presidential candidate and Sen. Panfilo Lacson, his running mate, was a perfect example how he addressed the persistent issue of corruption in the police when the latter was the chief of the Philippine National Police from 1999 to 2001.

Lacson’s advocacy then was to bring back the people’s trust in the PNP which has been for years tainted with corruption by ridding the police force of misfits.

He said Lacson issued a strict “no take policy” in the PNP even if reward money has been offered by the people for a job well done by the police.

“Kahit anong offer ng kahit ano pati reward hindi tinatanggap (He did not accept even the smallest thing or amount offered as a reward). When you lead by example everybody else follows,” he said.

Sotto said Lacson also “planted” undercover cops in different PNP units which reported directly to him if there are irregularities within. As a result, several erring cops have been charged with both administrative and criminal cases which eventually led to their dismissal from service.

He said anti-fraud government agencies like the Office of the Ombudsman and Commission on Audit “are doing a good job” in cleansing government units of corrupt officials and employees.

Sotto said another approach to get rid of corruption in government is to digitalize all of its transactions so there will be no human intervention, thus corruption will be prevented.

He lamented that Congress has allotted huge fundings for the Bureau of Customs to improve its collection system but it did not go digital.

He added government agencies should strictly do away with “red tape” to ease transactions in an agency.