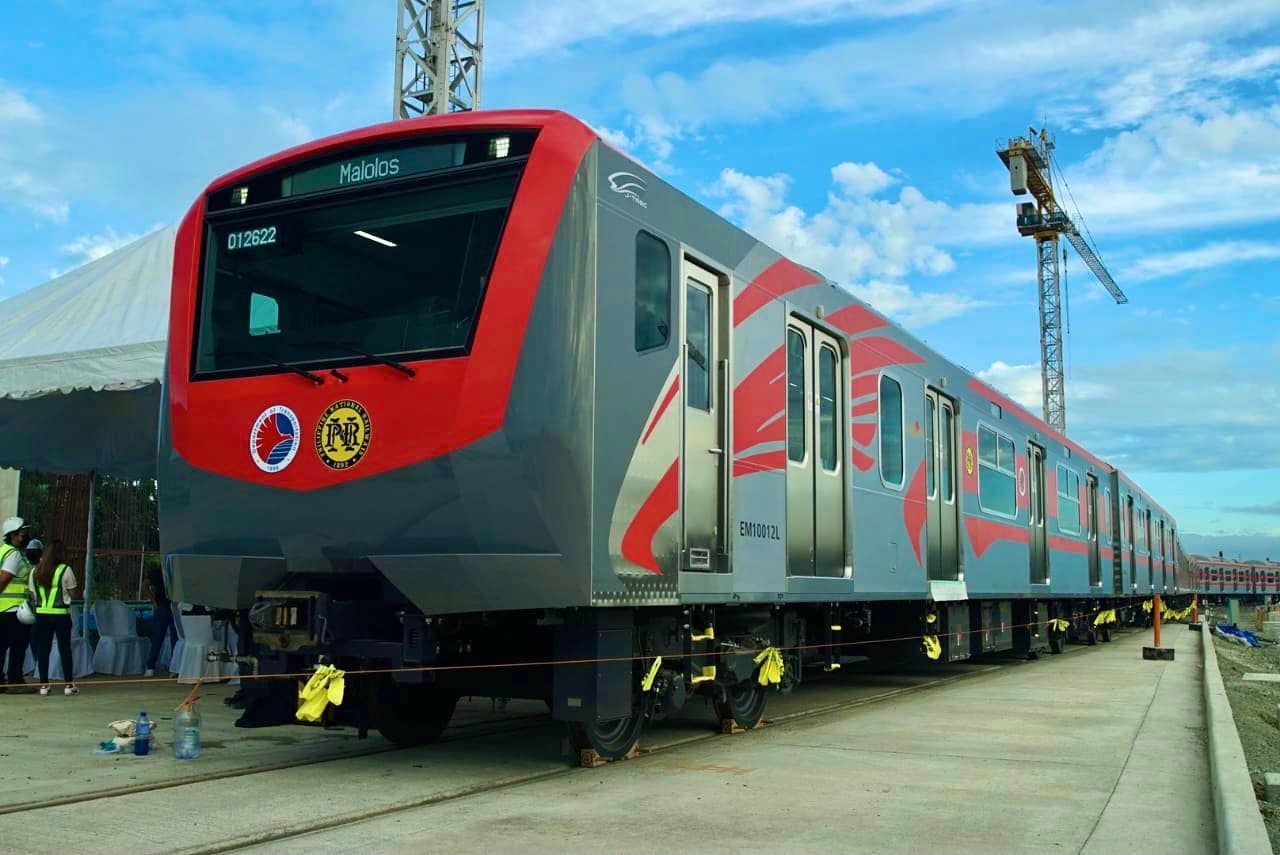 Photo from the Department of Transportation

MANILA, Philippines — The Department of Transportation (DOTr) said Saturday it has already signed the contract for the purchase of 304 more train cars for the North-South Commuter Railway (NSCR) project.

In a statement, the DOTr said the NSCR project “made a huge headway” with the unveiling of the eight-car Electric Multiple Unit for the PNR Clark Phase 1 (Tutuban-Malolos) and the contract signing for additional 304 train cars.

According to the transportation agency, the eight-car train set measures 160 meters in length and has an operational speed of 120kph, enabling it to serve over 2,228 passengers per train set.

“To the Philippines and Filipino people, now you see the project—pray that it is completed, be happy that it has started, and I tell you, President Duterte and his ‘Build, Build, Build’ team will go all the way to make sure that the projects are completed for the comfort and convenience of the Filipino people,” Transportation Secretary Arthur Tugade said.

“With projects approved, financing secured, contracts awarded, and construction and deliveries already ongoing, we are not only on track, but we are also full steam ahead to realizing President Rodrigo Roa Duterte’s promise of ushering in the Philippines’ Golden Age of Infrastructure, and delivering a more comfortable life for every Filipino,” Transportation Undersecretary for Railways Timothy John Batan, meanwhile, added.

The NSCR has three segments, according to DOTr:

– PNR Clark Phase 1 (Tutuban – Malolos) – a 38-kilometer rail line that will connect Tutuban, Manila to Malolos, Bulacan, and will reduce travel time from one hour and 30 minutes to just 30 minutes.

– PNR Clark Phase 2 (Malolos-Clark) – a 53-kilometer rail line that will reduce travel time from Malolos City, Bulacan to Clark, Pampanga from two hours to just 30 to 35 minutes. It will also feature the first-ever Airport Railway Express Service that will connect Makati City to Clark International Airport from the current two to three hours travel time to just 55 minutes.

– PNR Calamba (Solis-Calamba) – a 56-kilometer train line and a southern line that will connect Metro Manila (Solis Street, Tondo) and Calamba, Laguna, and will speed up travel time from the current four hours to just one hour.

The NSCR project is a 147-km rail transport route, comprising 37 stations and 464 train cars. The DOTr said it stretches across 28 cities and municipalities within the regions of Central Luzon, Metro Manila, and Calabarzon, and is expected to serve over a million passengers a day once fully operational.