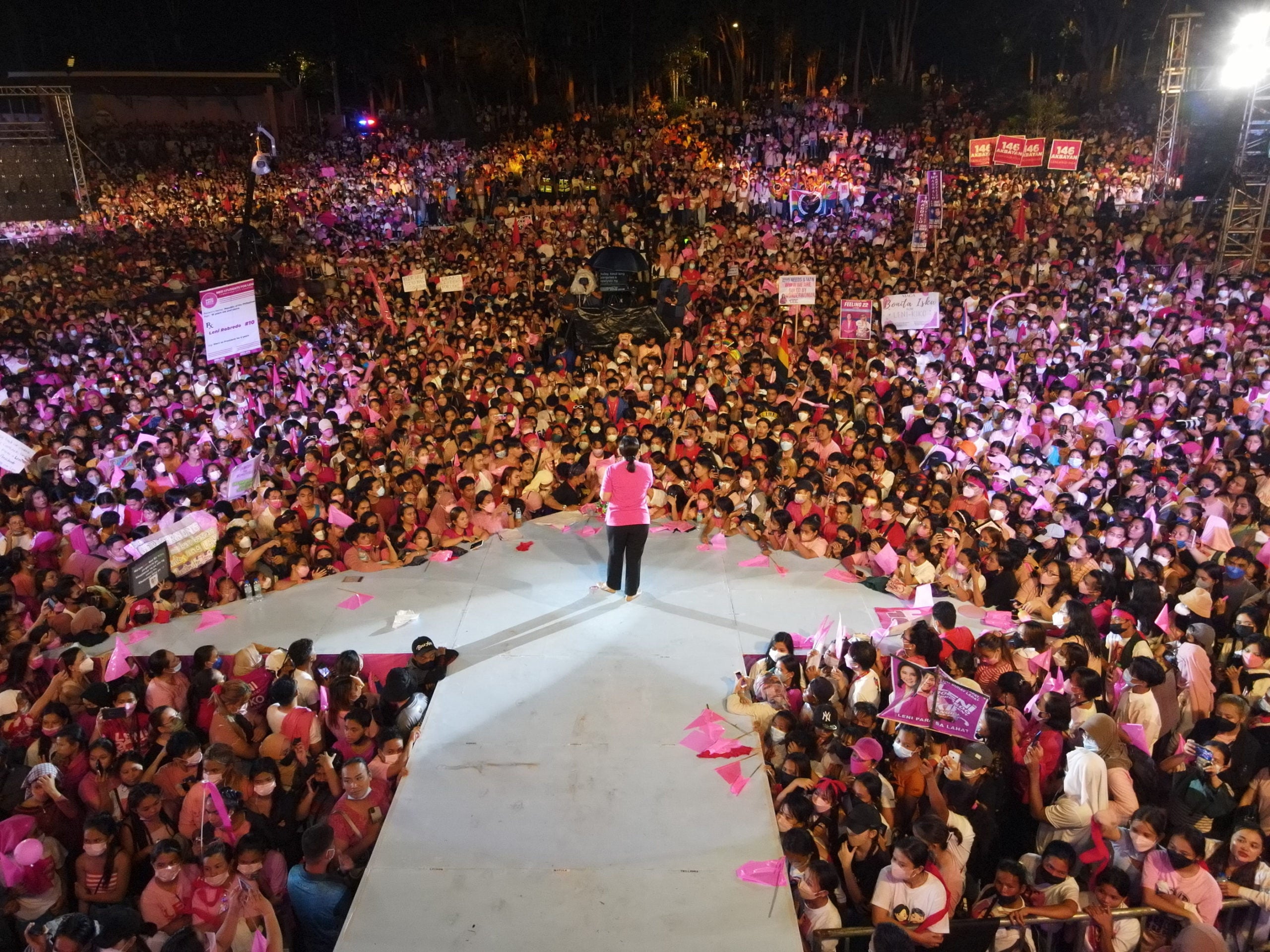 ZAMBOANGA CITY — Thousands of supporters of Vice President Leni Robredo and her running mate, Sen. Francis Pangilinan, braved the rains on Thursday for the grand rally at the Cesar Climaco Freedom Park in Barangay Pasonanca.

Although people already trooped to the venue mid-afternoon, the crowd swelled past 5 p.m. but stayed even amid a downpour at past 6 p.m.

Pangilinan spoke under the rain while the crowd held up their umbrellas: “We are not afraid of the corrupt people in government, how much more with just the rain.”

He added that the people’s persistence speaks of their strong desire for installing an honest government after the May 9 elections.

Robredo noted that during the 2016 vice presidential race, the city, and even the entire Zamboanga Peninsula, gave her a commanding lead. She asked them to do the same on May 9.

Before she spoke, fisherfolk leader Roberto Ballon, 2021 Ramon Magsaysay Awardee, gave Robredo a boat paddle which she raised to symbolize her commitment to uphold the promise of giving new hope for the country.