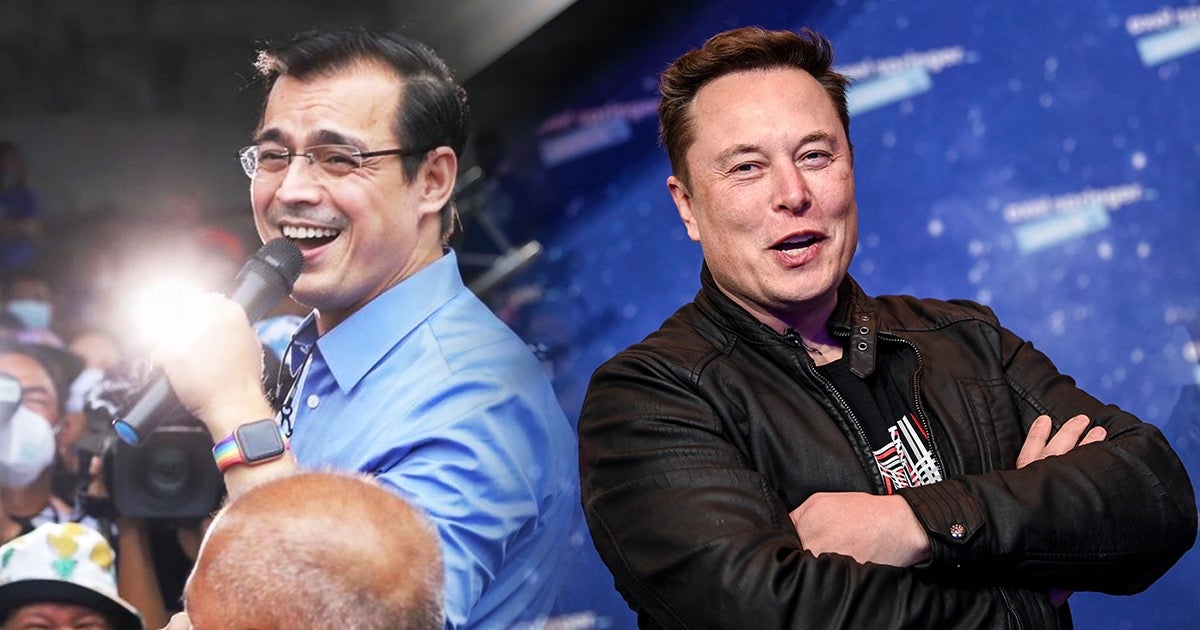 KABANKALAN CITY, Negros Occidental – Aksyon Demokratiko Isko Moreno Domagoso on Thursday revealed that the City Council of Manila has authorized him to negotiate with SpaceX, the company owned by American billionaire Elon Musk for the city’s use of its Starlink low-orbit satellite broadband internet service.

“I was informed by the City Council of Manila that it has passed a resolution authorizing me as city  mayor to negotiate with SpaceX Enterprise Group, which is the marketing arm of Elon Musk’s Starlink company,” Moreno said in a press conference here.

Moreno was referring to City Council Resolution No. 46 which authorizes him “to negotiate and/or enter into a contract with SpaceX Enterprise for the use of Starlink, the world’s most advance broadband internet system in the City of Manila.” The principal authors of Resolution 46  are Majority Floor Leader Joel Chua, Acting Majority Floor Leader Macario Lacson and President Pro Tempore and Acting Presiding Officer Ernesto Isip Jr.

“I hope we can avail of Starlink low-orbit sattellite soonest. The best success story is in Ukraine when Elon Musk deployed a number of sattellites in that country after its internet connectivity was destroyed by Russian forces. It’s in the news. Hopefully, may awa ang Diyos, puwede tayong gumamit ng Starlink sa buong bansa pag tayo naging pangulo sa Mayo,” Moreno said.

The 47-year-old presidential candidate said the City of Manila, and hopefully the entire country, will greatly benefit from the services offered by Starlink especially in terms of disaster preparedness and in times of calamities.

The City Council noted that Space Exploration Technologies Corp. or SpaceX is an American aerospace manufacturer founded by Elon Musk. “SpaceX is also a provider of space transportation services, and a communications corporation with headquarters in Hawthorne, California. Currently, it has launched more than 1,700 Starlink sattellites in space,” it said.

The resolution further read: “Because Starlink satellites are in a low orbit, the round-trip data time between the user and the satellite – also known as latency – is much lower than with satellites in geostationary orbit. This enables Starlink to deliver services like online gaming that are usually not possible on other satellite broadband systems.”

Moreno had earlier talked of Starlink’s low-orbit sattellites in conversations with his campaign teams and at times, during previous press conferences which members of the media had not picked up. His latest talk about Starlink is when Elon Musk sent his sattellites to Ukraine for the use of its citizens.

Elon Musk’s satellite internet company Starlink works by sending information through the vacuum of space, where it travels much faster than in fiber-optic cable and can reach far more people and places.

In the same press conference, Moreno said presidential aspirants who shun debates are not serious applicants for the job and therefore should not be voted by the people.

The Aksyon Demokratiko presidential candidate has always likened debate viewers to chief human resources (HR) officers who examine candidates as job seekers to the most important position in the country, and has always made it a point to clear his campaign schedules to attend interviews and debates whenever possible.

Moreno said debates are not just about presenting your platforms, but, more importantly, an outlet for people to see the real person behind the candidate.

“Yung debate is just a form or outlet para makilalala ka ng tao ng lubos, na medyo wala ka sa comfort zone mo. Because in a debate or an interview, like this. I don’t know what you are going to ask me. I’m just trying to be myself. Ako, kung sino ako, kung paano ako bilang tao. Para sa akin mahalaga yon,” he said.

Having said that, Moreno admitted that he is threshing out some small details, but mainly, he will just be himself when he faces his rivals and the Filipino people in the upcoming debates.

“Siguro konting review lang ng mga bagay-bagay. Other than that, I’ll be myself the way you are seeing me right now, and the people seeing me. Wala naman kayo halos makikitang kakaiba,” he said.

“So, I’ll present myself as an applicant at ang kaharap ko ay HR department, which is the Filipino people. Sila ngayon ang magha-hire,” said Moreno.

In the meantime, Moreno and Aksyon Demokratiko senatorial candidate Jopet Sison, as well as guest candidate John Castriciones of PDP-Laban will continue barnstorming Negros Occidental today for a series of motorcades and town hall meetings.