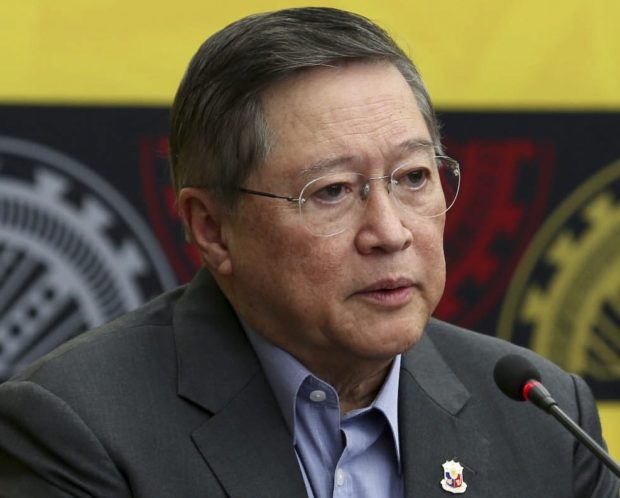 MANILA, Philippines — Instead of pushing for the suspension of the excise and value-added tax on fuel to ease the impact of surging petroleum prices, the government will just release more subsidies and other forms of financial aid to vulnerable sectors, President Rodrigo Duterte said in a meeting on Tuesday night with members of his Cabinet and other officials.

The president immediately approved the proposal of the Department of Finance to provide a monthly subsidy of P200 per household for indigent families for one year.

“This is something that we can sustain. We realized that this is not enough but this is what we can afford as of this time,” Finance Secretary Carlos Dominguez III told the chief executive during the meeting, a recording of which was aired on state television on Wednesday.

He said the subsidy amounting to P33.1 billion would benefit the “bottom 50 percent” income level, or 12 million households comprising around 70 million people.

The amount immediately drew criticisms, with Sen. Grace Poe describing it as “a pittance” and a transport group leader saying it was “an insult to all Filipinos.”

“At P6.66 per day, it can’t even get one a jeepney ride to the minimum distance,” Poe said in a statement issued shortly after Malacañang’s announcement.

She stressed the people “deserve more amid the battering of the high cost of living, joblessness, and continuing impact of the pandemic. The government must not scrimp on aid to help our people feed their families, live decently, return to work safely and spur economic activity.”

“Coming in after 11 weeks of successive oil price increases, the government’s proposed P200 per month cash assistance to poor families is a pittance,” said the chair of the Senate public services committee.

The P200 aid for poor families should be tried by Dominguez himself to find out how insufficient that assistance would be for a month, Pinagkaisang Samahan ng mga Tsuper at Operator Nationwide (Piston) said on Wednesday.

“This is an insult to all Filipinos, especially to the poor,” Piston president Modesto Floranda told the Inquirer in Filipino.

“What we ordered was sufficient aid and wage increase, but what we are about to get is spare change,” Anakpawis national president Ariel Casilao said in a statement in Filipino.

Casilao said he was enraged at how the government “treats Filipinos like beggars.”

During the meeting with the President, Secretaries Karl Chua of socioeconomic planning, Alfonso Cusi of energy, Ramon Lopez of trade and industry, and Arthur Tugade of transportation also supported government subsidies in lieu of scrapping fuel taxes.

Chua proposed that for the general population, conservation measures should be enacted, such as the four-day workweek to save on fuel and transport costs.

Tugade said that in addition to fuel subsidies, he would also push for the return of service contracting wherein public utility vehicles would be contracted by the government to ferry passengers and get paid by the government on a per-kilometer basis.

He said his department has a budget of P7 billion for service contracting this year.

Lopez said measures enacted during the pandemic, such as connecting manufacturers and suppliers directly with vendors, should be revived to lower food prices as middlemen would be eliminated and transportation costs lowered.

Assistant Secretary Dominique Rubia Tutay, representing the Department of Labor and Employment (Dole), said that while the various regional wage boards study proposals on a minimum pay increase, the Dole was pushing for a separate wage subsidy amounting to P24 billion that would benefit about a million workers. It will be distributed from April to June.

Tutay also asked the President to appoint or reappoint nominees of employees and employers to the regional wage boards and the National Wages and Productivity Commission to speed up the wage hearings.

Dominguez said suspending the excise tax would reduce the cost of fuel by P10. However, he said the excise taxes to be collected this year were already allocated for the “Build, Build, Build” program and salaries of government employees, particularly soldiers, police officers, and teachers. If the government borrows to fill the gap, the country’s debt burden would worsen.

“Now, if we do reduce the tax, let us analyze now who will benefit. We know that the top 10 percent of income earners in the Philippines consume almost 50 percent of all the fuel [while the] bottom 50 percent, they consume only 13 percent,” he said.

“So cutting the tax will benefit more the people who have cars and other richer people,” he added.

In his press briefing on Wednesday, Presidential Communications Operations Office Secretary Martin Andanar, who is also acting presidential spokesperson, said the Department of Budget and Management would issue the guidelines on the subsidies, and either local government units or the Department of Social Welfare and Development would administer the distribution.

He said it would likely follow the government’s Social Amelioration Program for poor families affected by the COVID-19 pandemic.

Chua said the unconditional cash transfers and other subsidies sourced from the VAT on fuel could serve as alternatives to raising the minimum wage.

Cusi said he decided to support the proposals for additional subsidies after speaking with Chua and agreed with him that the removal of fuel taxes could lead to “a bigger damage” on this year’s budget.

Cusi also projected that if oil prices would continue to go down in the coming days, there might be a rollback by next week. The decline in prices, according to him, resulted from the anticipated lower demand for oil by China, where several major cities are on lockdown due to COVID-19 outbreaks, and the continuing talks between Ukraine and Russia to resolve their conflict.