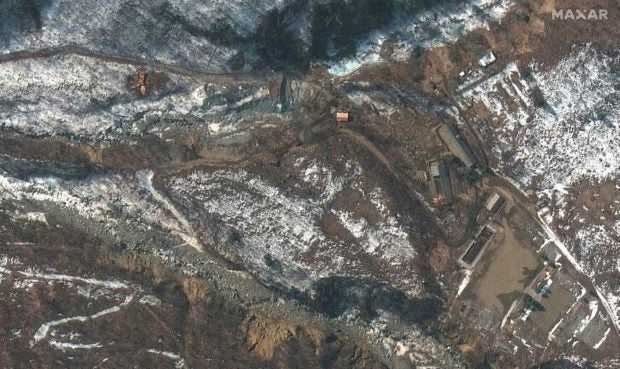 SEOUL — North Korea appears to be “restoring” its Punggye-ri nuclear test site, South Korea has said, with signs of new construction spotted in satellite imagery for the first time since it was shuttered in 2018.

North Korea has not tested a nuclear bomb since 2017, but it has suggested it could resume such testing because denuclearization talks with the United States and its allies remain stalled.

Here’s what we know about North Korea’s only known nuclear test site:

Punggye-ri Nuclear Test Site is in a mountainous region in the far northeast of the county, about 100 kilometres (62 miles) from the border with China.

North Korea has conducted all six of its nuclear tests at the site, in 2006, 2009, 2013, January 2016, September 2016 and September 2017. Analysts doubted North Korea’s claim that the January 2016 blast was its first thermonuclear bomb, but believe that such a weapon was likely tested in 2017 in an explosion much larger than previous tests.

All the tests have been conducted in tunnels dug deep under the mountains. There are three visible entrances known as the South Portal, East Portal, and West Portal.

The entrances to those tunnels were blown up in front of a small group of foreign media invited to view the demolition when North Korea closed the site in 2018, declaring its nuclear force complete.

Pyongyang publicly invited international media to witness the destruction, but not technical inspectors, leaving disarmament experts and nuclear scientists doubting how effective or permanent the destruction was.

The closing did not affect North Korea’s nuclear weapons arsenal or its capability to make nuclear weapons, but the lack of testing could inhibit its ability to field reliable, deliverable thermonuclear warheads, according to the Institute for Science and International Security in Washington (ISIS).

The main mountain is unlikely to be usable for new tests, but other nearby mountains could be used, ISIS said in a 2018 report. North Korea could also conduct new tests at an entirely different location.

Images captured by commercial satellite in early March showed signs of activity at the Punggye-ri site, including construction of a new building, repair of another building, and what is possibly lumber and sawdust, specialists at the California-based James Martin Center for Nonproliferation Studies (CNS) said in a report. “Activity to restore part of the tunnels… has been detected,” South Korea’s military later said in a statement, without elaborating on the type of activity.

Since the last explosion in 2017, experts have pointed to a series of small earthquakes near the nuclear test base as a sign the large blast had destabilized the region, which had never previously registered natural earthquakes. Such seismicity should not prevent the site from being used again in the future, but future testing would likely need to be limited to previously unused tunnels, analysts said.