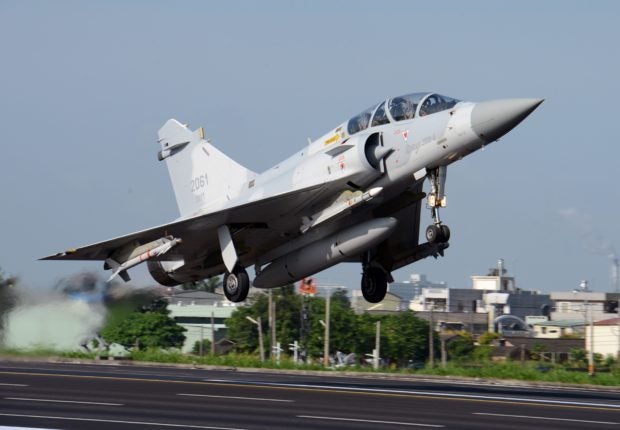 TAIPEI — A Taiwanese Mirage 2000 fighter jet crashed into the sea off the island’s southeast coast on Monday after mechanical issues but the pilot was rescued, the air force said, the second combat aircraft loss in the space of three months.

The air force said the French-built aircraft took off just after 10 a.m. (0200 GMT) on a training mission from the Chihhang airbase in Taitung and reported it had to return after a mechanical problem.

The pilot ejected over the sea south of the airbase and was rescued safe and in good condition by helicopter, it added.

An investigation team has been set up and sent to Taitung, the air force said.

Taiwan received its first Mirage jets in 1997, though they have been upgraded several times since then.

In January, the air force suspended combat training for its F-16 fleet after a recently upgraded model of the fighter jet crashed into the sea, killing the pilot.

Last year, two F-5E fighters, which first entered service in Taiwan in the 1970s, crashed into the sea after they apparently collided in mid-air during a training mission, also from the Chihhang airbase.

In late 2020, an F-16 vanished shortly after taking off from the Hualien airbase on Taiwan’s east coast on a routine training mission.

While Taiwan’s air force is well trained, it has been repeatedly scrambling to see off Chinese military aircraft intruding in its air defense zone in the past two years, though the accidents have not been linked in any way to these intercept activities.

China, which claims the democratic island as its own, has been routinely sending aircraft into Taiwan’s air defense zone, mostly in an area around the Taiwan-controlled Pratas Islands but sometimes also into the airspace between Taiwan and the Philippines.