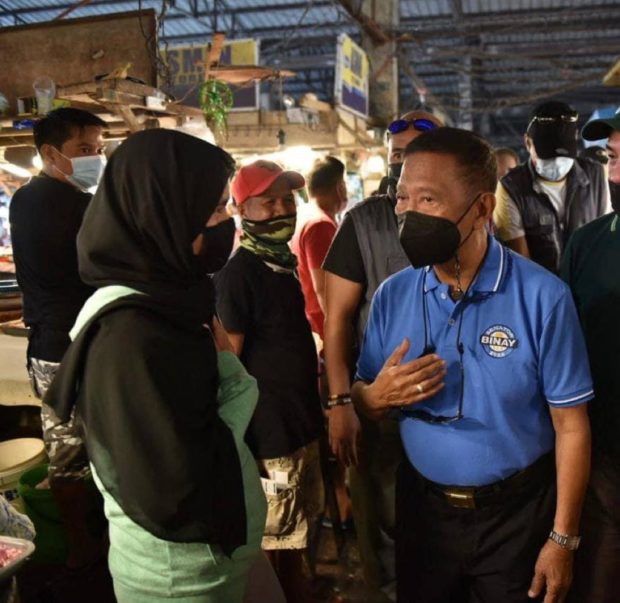 Senatorial bet and former Vice President Jejomar Binay chats with a market vendor during a recent visit to Imus, Cavite.

Binay, who served as mayor of Makati, said the pandemic has shown that LGUs are in the best position to respond to the needs of their constituents.

“Local governments are closer to the people and they know the needs of their constituents. They are in the best position to respond in times of emergencies,” he said.

“But they need fiscal stability and flexibility. We can expect an improvement with the implementation of the Mandanas ruling,” he said.

The Supreme Court had ruled that LGUs are entitled to a “just share” in all national taxes, not only those collected by the Bureau of Internal Revenue (BIR).

The petition was filed by former congressman and now Batangas Governor Hermilando Mandanas. With the ruling to be implemented this year, the Internal Revenue Allotment (IRA) of LGUs is seen as increasing by 27.61 percent. 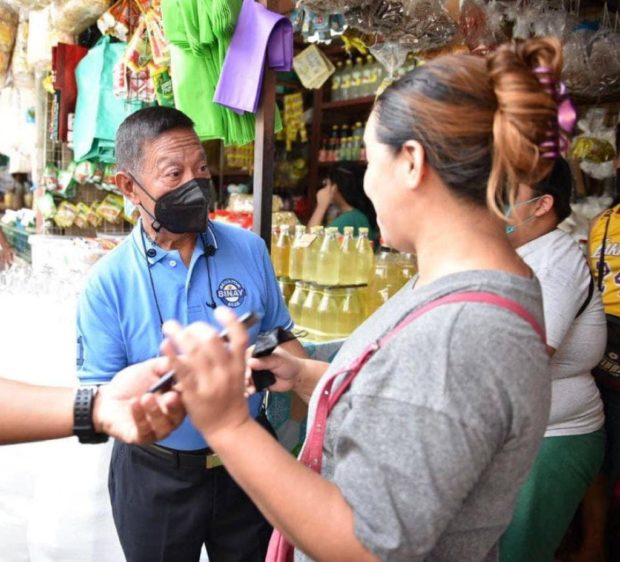 Senatorial bet and former Vice President Jejomar Binay chats with a market vendor during a recent visit to Imus, Cavite.

The former vice president said the Mandanas ruling “rectifies an injustice that has deprived local governments of the means to fulfill their mandate and fully serve their constituents.”

“The Mandanas Ruling is a landmark decision that can significantly improve the capacities of LGUs to fully deliver services and programs to their constituencies,” he added.

Binay said if elected to the Senate, he would seek amendments to the Local Government Code to further empower LGUs.

Binay said one provision that needs to be re-examined is the existing criteria for determining the LGUs’ share of the IRA.

Under the Code, IRA share is determined by an LGUs’ land area and population.

Binay said many local executives have pointed out that this provision discriminates against smaller localities, which are usually localities with little or no internally generated sources of revenue.

“I agree with their observation. Perhaps it is time to work on new criteria that balances the needs and interests of all local governments,” Binay added.

Read Next
New York police seek man who shot street sleepers
EDITORS' PICK
Metro Manila now at moderate risk for COVID-19 — DOH
Look Through: Super Typhoon Karding barrels through parts of Philippines
House energy committee chair Arroyo bats for cheap electricity
Motorcycles, smartphones, and cash prizes up for grabs in TNT’s ‘Tuloy Ang Saya’ Raffle in Mindanao
Do all the things you do, faster
POGOs not linked to Illegal online gaming, says Pagcor
MOST READ
Robredo supporter tackles elephant in room: No massive fraud in 2022 polls, surveys were just right
Shopee PH gets flak for getting Toni Gonzaga
DepEd: We are in a crisis situation in education sector
Lives destroyed as armyworms invade Philippine ‘onion capital’
Don't miss out on the latest news and information.