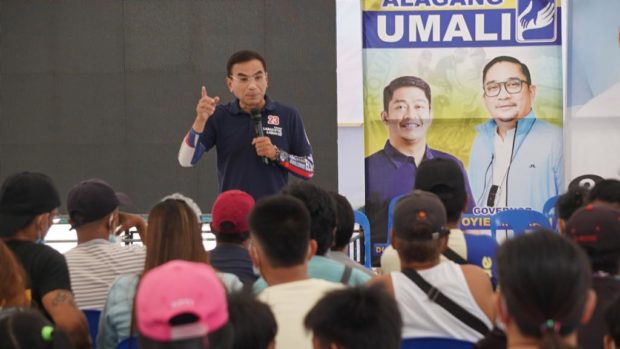 Eleazar said news reports about the Bureau of Internal Revenue (BIR) running after vloggers and social media influencers have sown fears and confusion among them, especially on the threat that they would be investigated and would even be sent to jail.

In August last year, the BIR issued Revenue Memorandum Circular (RMC) No. 97-2021, stating that social media influencers shall be liable to Income Tax and Percentage Tax or Value-Added Tax (VAT) pursuant to the provisions of the National Internal Revenue Code (NIRC) of 1997, as amended, and other existing laws.

The issuance of the Circular came after the BIR had received reports that some influencers are not doing their duty of paying taxes while some are not even registered with the BIR.

According to the BIR, social media influencers, other than corporations and partnerships, are classified for tax purposes as “self-employed individuals or persons engaged in trade or business as sole proprietors, and therefore, their income is generally considered as business income.”

The social media influencers are reminded to voluntarily and truthfully declare their income and pay their corresponding taxes without waiting for a formal probe to be conducted by the BIR to avoid being liable for tax evasion and for the civil penalty of 50% of the tax or of the deficiency tax.

Eleazar, former director of the PNP’s Anti-Cybercrime Group (ACG) said he would work with the BIR to ensure that social media influencers would be properly taxed for their earnings through proper guidelines.

He also called on the BIR to initiate measures to educate social media influencers about taxation.

In doing so, he explained that social media influencers could be the government’s partners in information dissemination about the importance of paying taxes.

‘Insensitive’ to ‘make an issue’ of 18 hour-work day, says Eleazar