US F-16 jets in PH for air combat drills 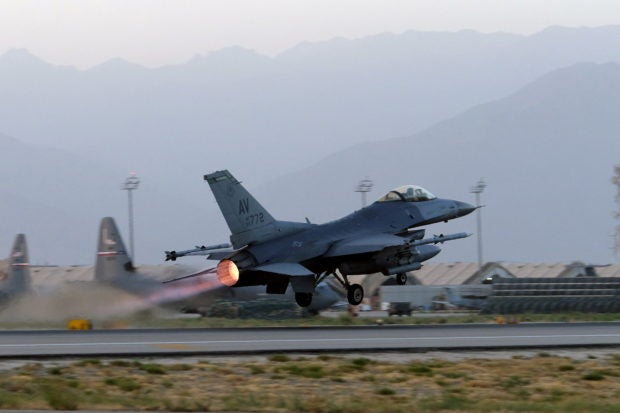 The PAF recently concluded its first-ever interoperability exercise with the Philippine Army.

According to PAF spokesperson Col. Maynard Mariano, the F-16 jets of the US Air Force’s 13th Fighter Squadron, or Panthers, touched down on Saturday at Basa Air Base in Pampanga.

The Panthers will take part in this year’s S (BACE) with the PAF Bulldogs of the 7th Fighter Squadron and the Blackjacks of the 105th Fighter Training Squadron from March 14 to March 25.

“For 12 days, these units will be involved in one of the most rigorous air exercises being conducted between the two countries,” Mariano said.

This year’s BACE would involve drills and exchanges on air-to-air engagement, surface strike and air-to-ground engagement, command and control or air weapons control.

“Airspaces of the exercises will be at the intensive military training areas 1 and 2 and the Crow Valley [Tarlac] airspace,” the PAF spokesperson said.

Meanwhile, the PAF concluded its first interoperability exercise with the Philippine Army on Friday at the 2nd Infantry Jungle Fighter Division headquarters in Camp Capinpin in Tanay, Rizal province.

The interoperability exercise, likewise, was aimed at capacitating the PAF and Army in increasing the survivability of combat-wounded troopers.