Pagasa: No LPA in the next 5 days; partly cloudy skies, rain showers expected 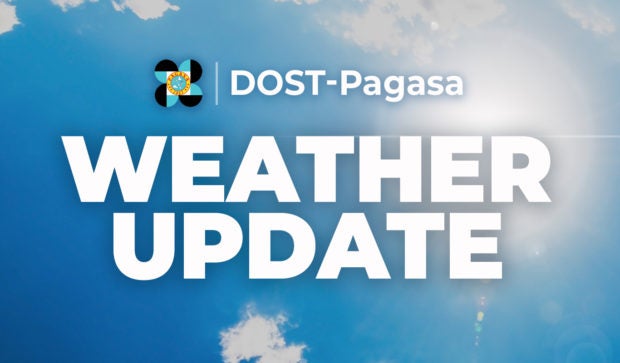 MANILA, Philippines — No low-pressure area (LPA) is expected to threaten the country in the next five days, according to the Philippine Atmospheric, Geophysical and Astronomical Services Administration (Pagasa).

(After an LPA crossed the country and is now approaching southern Vietnam, we are not expecting another LPA in the next five days.)

Three weather systems, however, will affect the he country’s weather on Saturday.

Based on Pagasa’s forecast, Cagayan Valley and Aurora will have cloudy skies with scattered rain showers and thunderstorms due to shear line, or the convergence of the northeast monsoon and the easterlies.

The Ilocos region and Cordillera Administrative Region, on the other hand, will experience partly cloudy to cloudy skies with isolated light rain due to the northeast monsoon.

Metro Manila and the rest of the country will have partly cloudy to cloudy skies with isolated rain showers due to the easterlies and localized thunderstorms.

Below is the forecast temperature range in key cities or areas:

No LPA, but shearline, amihan may bring rain over eastern PH