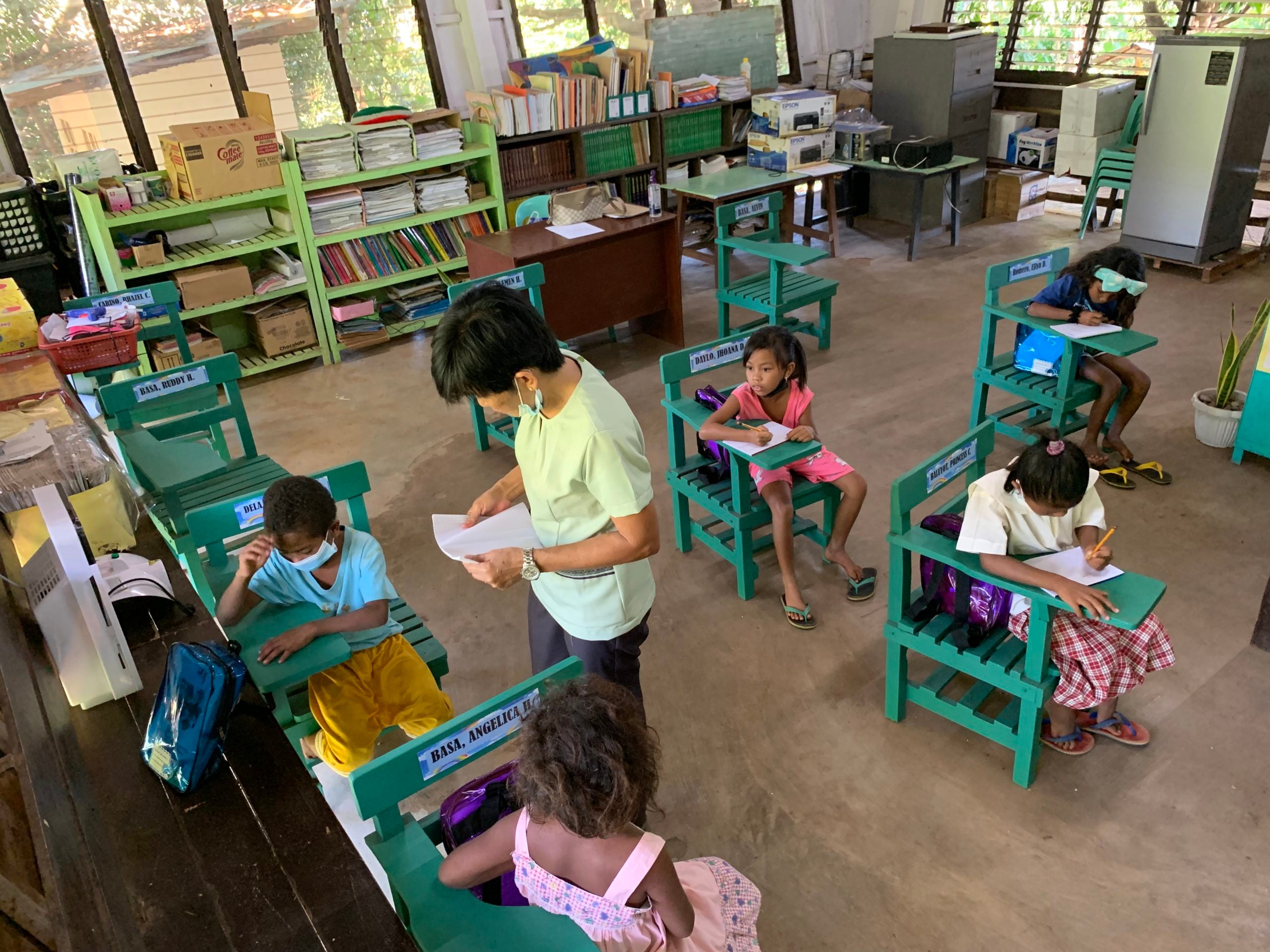 The Owaog-Nebloc Elementary School in Botolan town, Zambales province was among the first to resume in-person classes in the country last year. (Photo by Joanna Rose Aglibot)

MANILA, Philippines — A total of 6,122 schools are already conducting limited in-person classes in areas under low COVID-19 alert levels, an official of the Department of Education (DepEd) said Friday.

Meanwhile, as of the same date, a total of 8,244 schools have been nominated for the “progressive expansion” of the limited in-person classes, according to Garma.

Of this number, a total of 7,893 are public schools and 208 are private schools. The DepEd is still verifying if the remaining 143 schools are government or privately owned.

According to Garma, nominated schools are those that have already gone through assessment by authorities.

“Ibig sabihin, ito ‘yung mga paaralan na tiningnan na kung ano ang kanilang (This means these are schools that were assessed for their) level of readiness in case they will be implementing the limited face-to-face [classes] if their schools will be under or will be in areas under Alert Level 1 and 2,” he explained.

In January, President Rodrigo Duterte approved the proposal of DepEd to expand in-person classes in public and private schools in areas under Alert Levels 1 and 2, following the pilot run of physical classes last year.

In February, the department also allowed more grade levels to participate in the “progressive expansion” of face-to-face classes. Initially, only kindergarten, grades 1 to 3, and senior high school students were permitted to join the pilot run of in-person classes.

Participating schools are required to comply with DepEd’s School Safety Assessment Tool, should be located in areas under Alert Levels 1 and 2, and secure concurrence from the local government unit. Students participating in the in-person classes must have a written consent from their parents, and only vaccinated teachers may hold the classes.