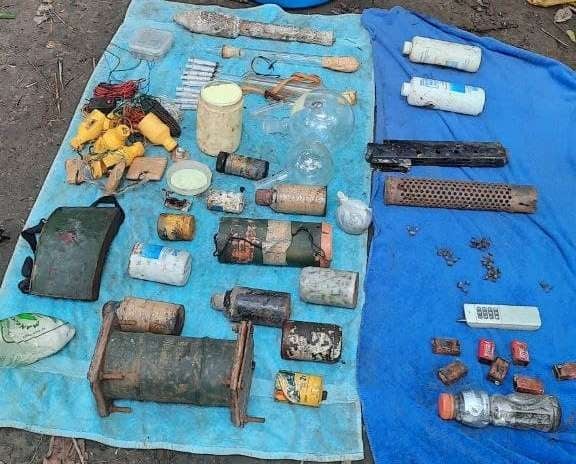 According to Maj. Gen. Juvymax Uy, commander of the Army’s 6th Infantry Division, said the the facility was a well-camouflaged shanty in Barangay Pagatin.

Uy added that they believed that the bomb-making operation there was run by forces loyal to Ustadz Esmael Abdulmalik, head of the Torayfe Group which is a faction of the Bangsamoro Islamic Freedom Fighters with links to the Daulah Islamiyah terrorist network.

“I also urge everyone to remain vigilant and immediately report any suspicious person or thing in your locality,” Uy appealed.

Gov’t troops seize explosives in another clash in Masbate