LTFRB: Minimum fare stays at P9 for now; bid to increase it to P10 up for decision | Inquirer News

LTFRB: Minimum fare stays at P9 for now; bid to increase it to P10 up for decision 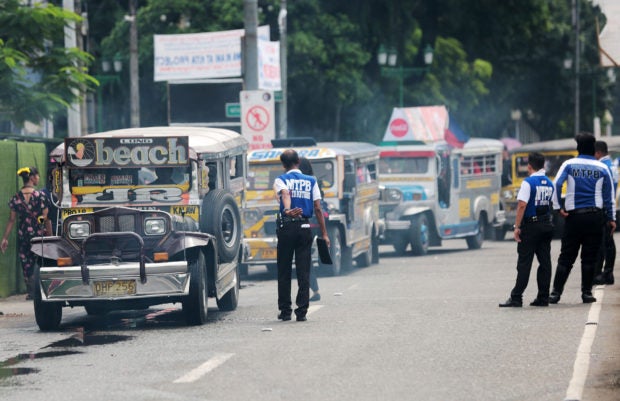 MANILA, Philippines — The Land Transportation Franchising and Regulatory Board (LTFRB) on Tuesday said that the minimum fare for public utility jeepneys (PUJs) would remain unchanged at P9 for now despite the latest fuel prices increase amid swelling costs in the world market.

The LTFRB, however, said that the petition for a provisional increase of P1 – to hike the minimum fare to P10 – is now up for resolution.

It said it conducted a hearing on the petition lodged by several transport groups which called for an increase in the minimum fare of Metro Manila, Region 3, and Region 4 PUJs to P15 due to continuous price increases in gasoline and diesel.

“As a result of the said hearing, the Board, through Chairman Martin B. Delgra III, manifested that the request for the grant of provisional adjustment to increase the minimum fare for PUJ service from P9.00 to P10.00 is now submitted for resolution by the Board,” the LTFRB said in a statement.

According to the LTFRB, it needs to first thoroughly study all issues concerning petitions to increase the minimum fare, particularly its inflationary impact on the economy, on commuters, and projected domino effect on the price of products and services.

The LTFRB asked petitioners to submit certain documentary requirements to back their petitions for increasing the minimum fare by P5 and P3. It said the next hearing will be on March 22.

“LTFRB recognizes the urgent need to address and resolve the issue early, which does not affect not only the petitioners but the countless commuters we serve,” it pointed out.

LTFRB also said that it will start releasing the fuel subsidy for the more than 377,000 beneficiaries covering PUJ, PUB, UVE, Taxi, TNVS, Tricycles, and Delivery Services before the end of March — while the Service Contracting Program is also targeted to be launched within the same month — once funds are downloaded by the Development Bank of the Philippines.

The government earlier announced that it is preparing to release P2.5 billion for a subsidy program providing fuel vouchers to qualified members of the public transport sector and P500 million in fuel discounts for farmers and fisherfolk.

The National Economic and Development Authority likewise announced during a taped briefing with Duterte that it proposed to double the said subsidies from P2.5 billion to P5 billion and P500 million to P1.1 billion.

Fuel prices are expected to further rise due to the conflict between Ukraine and Russia. Russia is among the top producers of oil and crude in the world.

So far, crude prices reached $113 per barrel in the international market.

In the Philippines, prices of gasoline are seen to reach P100 per liter, depending on the increase of oil prices in the world market, according to Energy Secretary Alfonso Cusi on Tuesday.