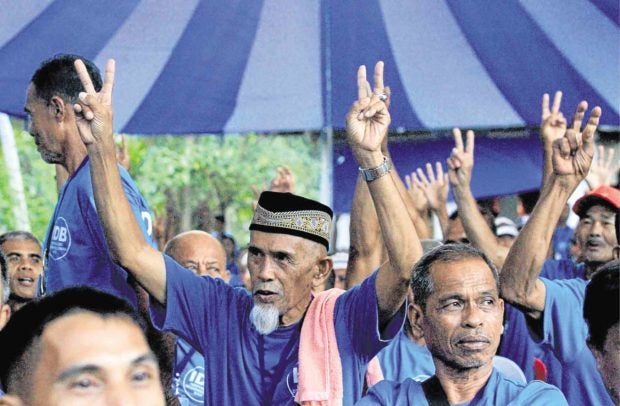 KORONADAL CITY, South Cotabato, Philippines — Gains have been achieved so far in the Bangsamoro peace process, but independent observers noted that delays in some of its key areas could potentially get in the way to the attainment of sustainable peace.

According to the international Third Party Monitoring Team (TPMT), several dimensions of the peace process were still at an early implementation stage and that obstacles to realizing sustainable peace by 2025 remain and should not be underestimated.

“Peace is taking more time and we need to be patient,” Huseyin Oruc of Turkey said in a press briefing on Thursday during the release of the team’s 7th Public Report in Pasig City.

Oruc, a member of the TPMT, cited the team’s projections in 2013 that all the mechanisms for lasting peace in Bangsamoro would already be finished by 2016.

“Now, we are targeting 2025. These are very long delays, this country deserves peace and we need the support of everyone…for the full implementation of the peace agreement,” he said.

“We would expect that the Bangsamoro Normalization Trust Fund (BNTF), which is now in place and which has been operationalized (last year), could also hopefully play an important role in working toward turning these camps into peaceful, productive communities,” he said.

Marius added that discussions about the BNTF could be found in documents many years back, but it was only last year that the fund was put in operation.

In a statement, the TPMT noted steady progress in advancing the peace process in the Bangsamoro Autonomous Region in Muslim Mindanao (BARMM), which was created in 2019 following the ratification of Republic Act No. 11054, or the Organic Law for the BARMM.

“We believe that this is the right time to look at the peace agreements from a broader perspective, to assess what has been achieved and what remains to be done, also in view of the new administration taking over later this year,” Marius said.

—WITH A REPORT FROM JULIE ALIPALA

EU to give P605.4 million for peace initiatives in Bangsamoro