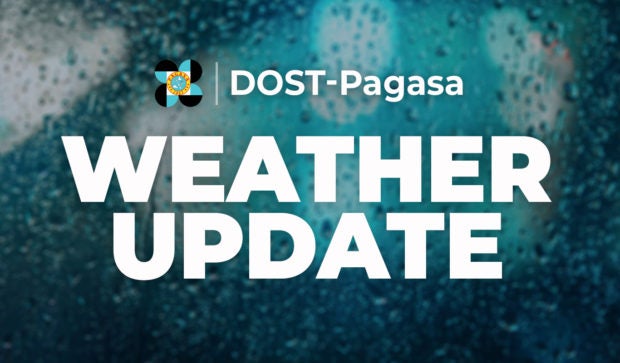 (Although this LPA has a low chance of becoming a tropical depression, we can expect rain that already started yesterday and will continue until Tuesday in a large portion of Visayas, Mindanao, and even Southern Luzon.)

Metro Manila and the rest of the country, meanwhile, will have partly cloudy to cloudy skies with isolated rain showers or thunderstorms due to easterlies and localized thunderstorms.

Below is the forecast temperature range in key cities or areas: