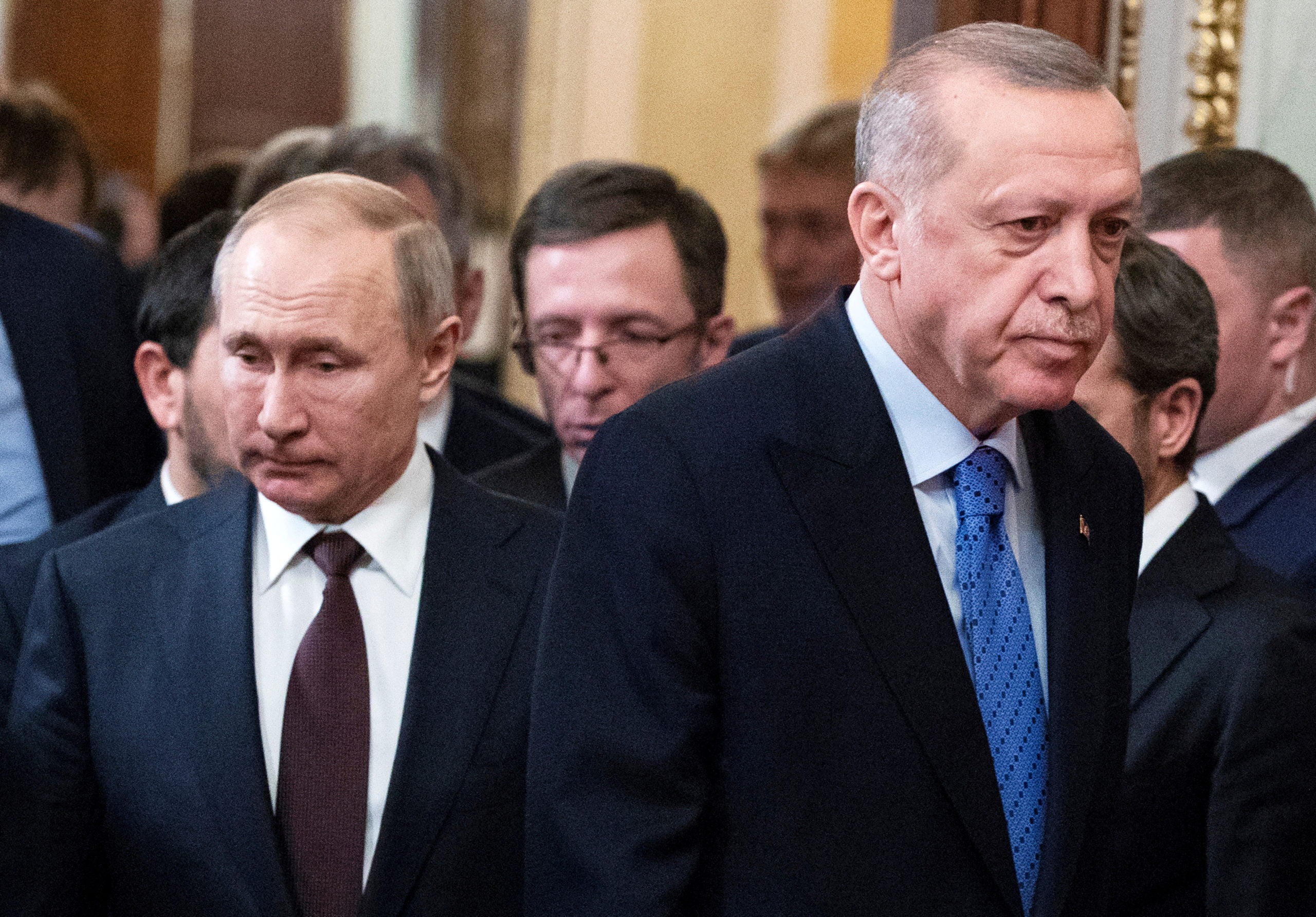 ANKARA, Turkey —  Turkish President Tayyip Erdogan will tell his Russian counterpart Vladimir Putin on Sunday to stop Russia’s invasion of Ukraine, an Erdogan spokesman said, while adding that it was naive to expect talks between Moscow and Kyiv to yield results while the fighting rages on.

NATO member Turkey shares a maritime border with Ukraine and Russia in the Black Sea and has good ties with both countries. Ankara has opposed sanctions on Moscow, but also described its invasion of Ukraine as unacceptable, called for a ceasefire and offered to host peace talks.

Speaking to reporters in Istanbul, presidential spokesman Ibrahim Kalin said Erdogan would reiterate that offer to Putin in a phone call on Sunday. He would ask Putin to “give a chance” to a ceasefire, stop his attacks, and help set up corridors needed for evacuations of civilians and shipments of aid.

“We are focusing on what steps we can take here to bring the sides to the negotiating table and to convince the Russian side (to stop),” Kalin said, adding it was important that Moscow had a reliable counterpart to talk to as the West had “burned bridges” with it.

“This network of trust (with Russia) must absolutely be kept open for these talks, diplomacy to succeed,” he said. “Otherwise it will be impossible for the whole region, including Russia and Ukraine, to escape from this destruction.”

Kalin also reiterated Ankara’s criticism of the sanctions that many countries have imposed on Russia since the invasion, saying the measures should be aimed at stopping the war.

“We have no plans for sanctions right now… We do not want to be pushed into a position where we become a party in the war. We need to be able to speak with both sides.”

Turkey has forged close cooperation with Russia in defense, energy and trade, and relies heavily on Russian tourists. But, it has also sold drones to Kyiv, angering Moscow, and opposes Russian policies in Syria, Libya, and its annexation of Crimea in 2014.

Erdogan, who has often hailed his relationship with Putin, last spoke to the Russian leader on Feb. 23, a day before Moscow launched what it calls a “special operation” in Ukraine.

Kalin repeated that Turkey could not abandon ties with Kyiv or Moscow. He said Ankara was in contact with both the Ukrainian and Russian negotiating teams, and that Erdogan would speak to Canadian Prime Minister Justin Trudeau, European Union officials and others on Saturday.

“While these intense attacks continue on Ukrainian cities, it would be naive to expect a concrete, binding result that will positively impact the situation on the ground,” Kalin said.