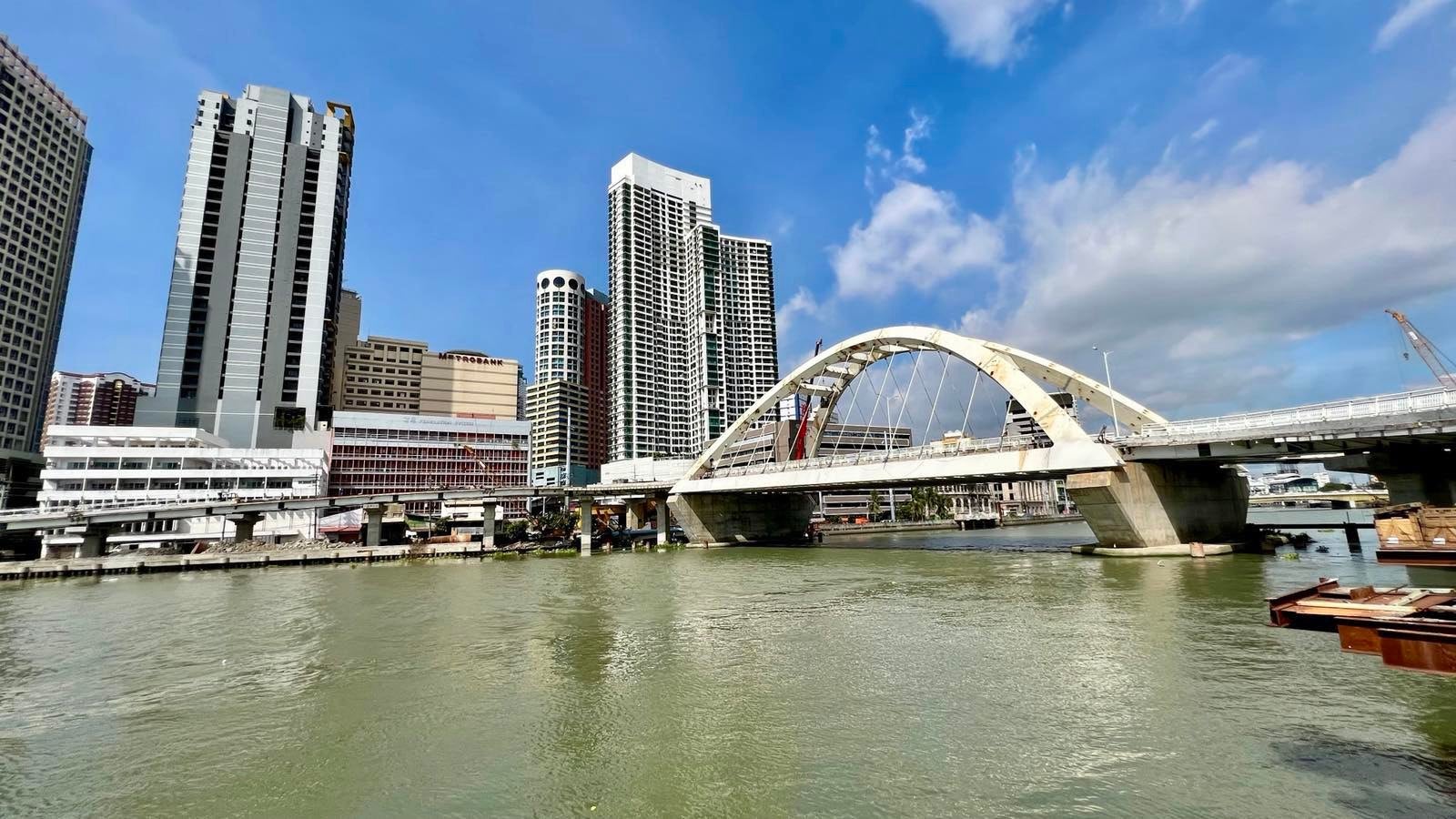 The Binondo-Intramuros Bridge (Photo from DPWH)

MANILA, Philippines — The Binondo-Intramuros Bridge project is now 96.8 percent complete and may be opened to traffic this coming Holy Week, the Department of Public Works and Highways (DPWH) said Saturday.

The project, under the Build, Build, Build program is expected to benefit around 30,000 vehicles daily passing between the two busy districts of Intramuros and Binondo, according to the DPWH.

“This bridge project in support of Metro Manila Logistics Network Program is currently about 96.8 percent complete, with workers focus[ed] on constructing the approaches on a fill and compacted embankment to allow the roadway to meet the elevation of the bridge,” the DPWH said in a statement.

The department said workers have started doing finishing works on the bridge and other safety components for motorists, pedestrians, runners and cyclists.

The project, funded by a grant from the government of China, is under a contract with the China Road and Bridge Corporation.

The project previously encountered delays due to the COVID-19 pandemic and problems on right of way, according to DPWH.