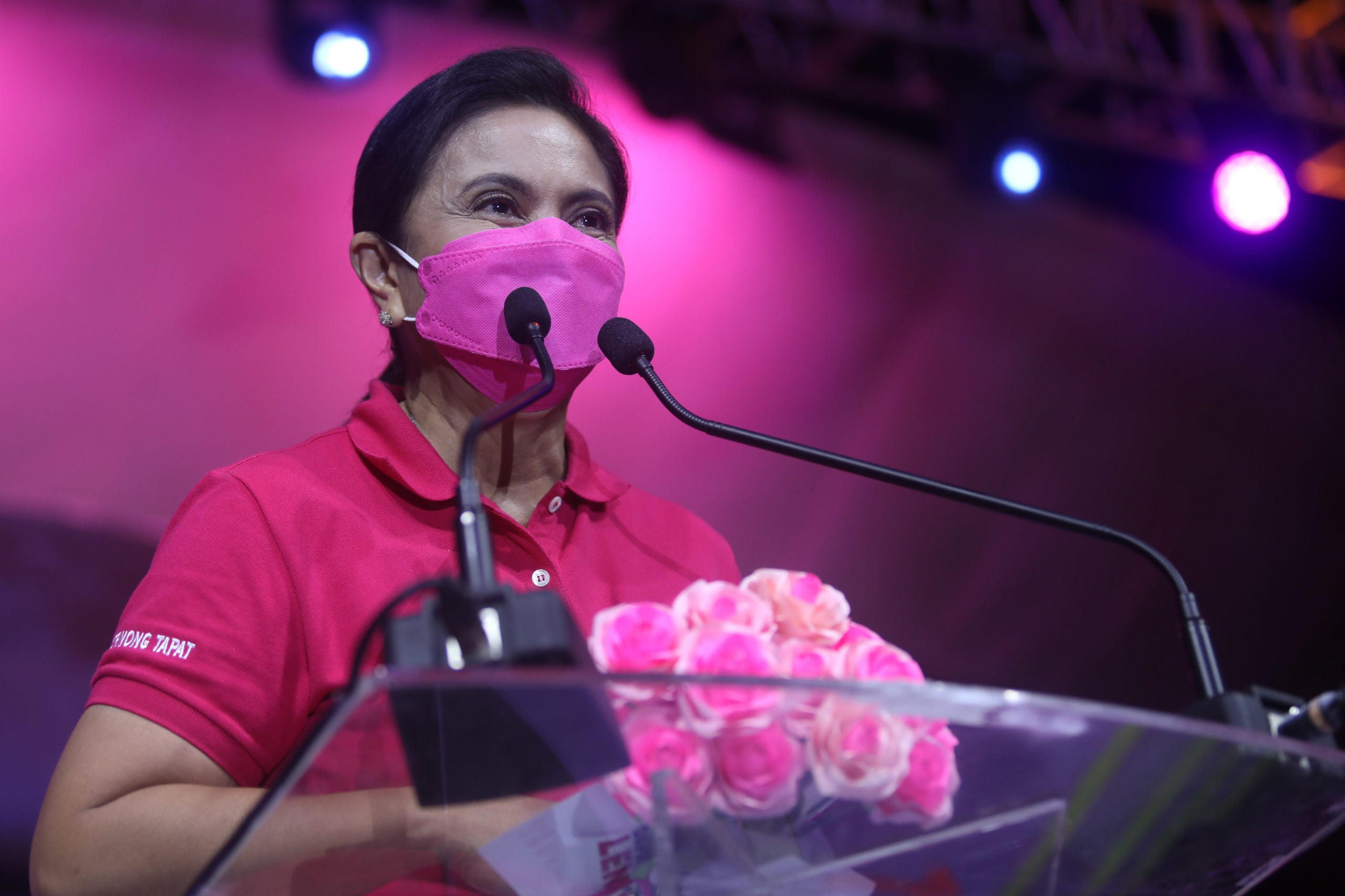 Vice President Leni Robredo gears up for the fight of her life as she seeks the presidency in the upcoming national elections. At the grand rally held at Plaza Quezon in Naga City on Tuesday, February 8, Robredo gave a speech that rallied the people to join her in the quest to have an honest government to improve people’s lives. With Robredo onstage were running mate, Senator Kiko Pangilinan, and senatorial candidates Teddy Baguilat, Chel Diokno, Risa Hontiveros, Dick Gordon, Alex Lacson, Sonny Matula, and Sonny Trillanes. Detained reelectionist Sen. Leila de Lima was represented by her spokesperson, Dino de Leon (second from left). Photos by VPLeni Media Bureau

CITY OF CALAPAN––Presidential candidate and Vice President Leni Robredo on Thursday morning sought the help of local priests to fight disinformation during her visit to Pinamalayan town in Oriental Mindoro province.

In a live-streamed post on Facebook, Robredo told Diocesan priests in the second district, who were present at the meeting, that their biggest problem was “disinformation machinery” that had been installed for many years already.

Robredo said they were networking with religious groups to gather best practices even if they support different candidates because the fight is for elections that are not marred with disinformation.

“It doesn’t have to be a campaign for me but the truth so that the people’s decisions are based on the truth,” said Robredo.

The priests pledged to “campaign for the truth” and this was followed by a blessing.

Thousands of volunteers from various sectors warmly welcomed Robredo and her senatorial slate at the Pinamalayan park.

Thousands of volunteers expected to meet Robredo and her senatorial slate at the Divine Word College grounds in this city for another rally on Thursday afternoon.