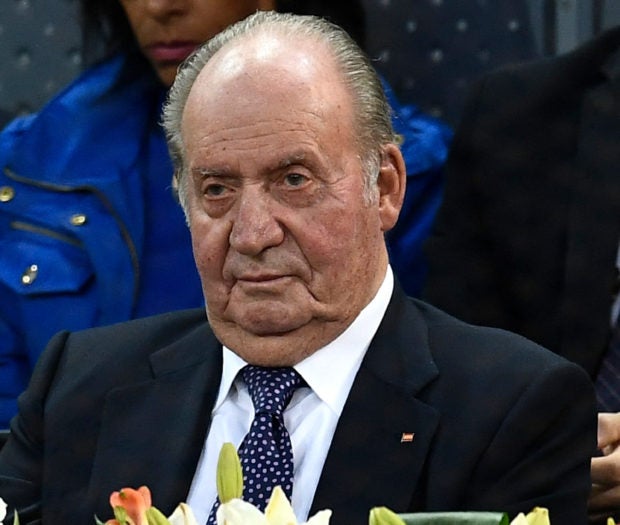 MADRID — Spanish prosecutors have dropped all investigations into the finances of former king Juan Carlos, court documents showed Wednesday, potentially paving the way for his return from exile in the UAE.

A key figure in Spain’s transition to democracy following the death of dictator Francisco Franco in 1975, Juan Carlos was the target of three separate probes over his financial dealings.

The inquiries prompted the 84-year-old former monarch to flee the country into self-imposed exile in 2020.

“The investigation… does not, in the Prosecutor’s opinion, allow for any criminal action to be brought against His Majesty Juan Carlos,” said a legal document released by the public prosecutor’s office.

All three were being shelved for reasons including “the lack of incriminating evidence, the statute of limitations, the inviolability of the head of state and tax regularization” payments he made in recent years.

Lawyer Javier Sanchez-Junco, whose firm was representing the former royal, confirmed the decision, saying prosecutors had concluded that “in none of the cases… did they find any wrongdoing that could be attributed to King Juan Carlos or conduct that could be subject to criminal prosecution”.

Investigators initially began probing his finances over possible illegal commissions linked to a high-speed rail project in Saudi Arabia that was awarded to a Spanish consortium in 2011.

No evidence for rail kickbacks

The suspicions centred on $100 million (65 million euros) that Saudi Arabia’s late King Abdullah deposited into a Swiss bank account in 2008, to which Juan Carlos had access.

But the public prosecutor’s office said investigators “had not been able to establish, even indirectly, any link between the aforementioned payment of 64,884,405 euros and the awarding of a construction contract for a high-speed railway line in Saudi Arabia”.

Swiss prosecutors had also opened a probe into the same issue in 2018 but dropped the case in December for lack of evidence.

The king had in 2012 given the bulk of this money to his former mistress, German businesswoman Corinna Larsen.

At the end of 2020, Spanish prosecutors said they were looking into his possible undeclared use of credit cards linked to accounts not registered to his name, a possible money-laundering offence.

The alleged offences were believed to have taken place after 2014 when he lost his immunity following abdication.

Around the same time, another investigation was opened into the alleged existence of a trust fund linked to Juan Carlos in the island of Jersey, a British protectorate off northern France that is considered a tax haven.

While he was never charged with any crime, the probes tainted his reputation and that of the Spanish monarchy.

In August 2020, Juan Carlos abruptly moved to Abu Dhabi, telling his son King Felipe VI in a letter he was moving away from Spain in view of “the public repercussions that certain past events in my private life are generating”.

He hoped it would allow Felipe to carry out his functions with the necessary “tranquillity and calm”.

Since then, Juan Carlos has twice settled tax debts on undeclared income for a total of over five million euros in what was seen as a bid to avoid being charged with a crime.

In shelving the cases, prosecutors confirmed identifying “sums defrauded from the Treasury” between 2008 and 2012, but the investigation had “enabled the recovery of 5,095,148 euros for the public coffers, an amount corresponding to the tax dues owed” along with surcharges and interest payments.

Felipe has taken steps to distance himself from his father.

Last year he renounced his inheritance from Juan Carlos, and stripped the ex-monarch of his palace allowance of nearly 200,000 euros per year.