MANILA, Philippines — While Senator Sherwin Gatchalian is open to reviewing the oil deregulation law, he pointed out the need for the country to explore new oil and gas reserves amid rising fuel prices.

Gatchalian, chairman of the Senate energy committee, issued the statement on Thursday after Malacañang called on Congress to review the said law as part of the Palace’s medium-term response to the tensions between Ukraine and Russia, a key crude producer.

“I’m open to reviewing the oil deregulation law to improve transparency among industry players and assess the benefits to our consumers. Considering that this is a 24 year-old law, the review can be helpful in optimizing the oil industry,” Gatchalian said.

“However, a fundamental problem on why we are experiencing high prices of oil is because of our over dependence on imported oil,” he added. 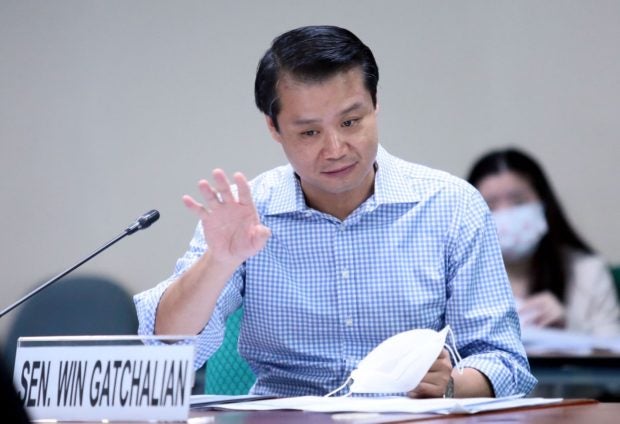 He noted that the Philippines imports “almost 100% of our oil requirements.”

“As long as we import oil, we will be susceptible to global oil shocks that we have absolutely no control of,” the senator added.

“As a way forward, we need to explore new domestic oil and gas reserves, transition to renewable energy as well as electric vehicles in the medium to long-term,” he further said.

Earlier, Senate President Vicente Sotto III said he is in favor of Malacañang’s call for the review of the said law.

Sotto, however, said President Rodrigo Duterte should call for a special session at least in the next few days.

Congress is on break until May 22, meaning a special session should be called by the President to enable the House of Representatives and the Senate to tackle the matter immediately.