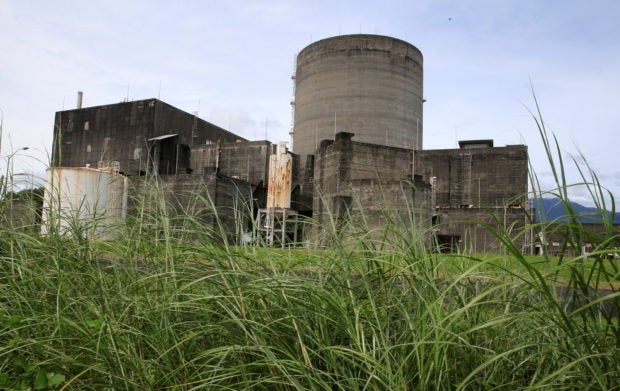 MANILA, Philippines — President Rodrigo Duterte has signed an executive order that would pave the way for the government to tap nuclear power as an alternative energy source.

Executive Order (EO) No. 164, signed on February 28 but made available to the media on Thursday, outlined the country’s national position for a nuclear energy program, which takes into account economic, political, social, and environmental objectives.

The EO states that for the country to achieve its growth targets, it must ensure that it has a reliable, secure, sustainable, quality and affordable electricity supply, including sufficient reserve to guarantee that there will be no disruptions in the power supply.

“Toward this end, and taking into consideration the experience of developed and growing economies, nuclear power shall be tapped as a viable alternative baseload power source along with alternative energy resources, to address the projected decline of coal-fired power plants which come under increasing environmental opposition,” the document read.

“The State envisions nuclear power as a viable component to bridge the gap between rising energy demands and supply, taking into account learnings from the past, national, social and economic development pathways, as well as international legal and regulatory frameworks, and best practices,” it added.

The Department of Energy (DOE) earlier completed a feasibility study on the viability of introducing nuclear power in the country’s energy mix.

According to the EO, a nuclear energy program has potential driving effects on economic growth. It noted that nuclear power can also help mitigate greenhouse gas emissions and has a strong potential to decarbonize the power sector.

Under the order, the State shall ensure the “peaceful use” of nuclear technology.

The EO also directs the Nuclear Energy Program-Inter-Agency Committee (NEP-IAC) formed in 2020 to conduct further studies if necessary, and make recommendations on the use and viability of the mothballed Bataan Nuclear Power Plant and the establishment of other facilities for the utilization of nuclear energy.

It was signed just three months before Duterte ends his single six-year term after earlier efforts failed due to safety concerns.

Funding requirements for the implementation of the order shall be charged against available appropriations of the DOE and member agencies of the NEP-IAC, and from other appropriate funding sources as may be identified by the Department of Budget and Management.

“Funding for the succeeding years shall be incorporated in the annual budget proposals of the member-agencies of NEP-IAC, subject to the usual budget process,” the EO stated.

Duterte’s move will also enable to the authorities to prepare for the phasing out of coal-fired power plants.

The order, signed on Feb. 28 and made public on Thursday, could be a major milestone for the country’s energy sector which suffers regular power outages and high prices but will concern opponents of the move.

“The national government commits to the introduction of nuclear power energy into the state’s energy mix for power generation,” the order stated.

Despite public concerns over safety, Energy Secretary Alfonso Cusi has passionately advocated for nuclear power, which he said could be the answer to the twin problems of precarious supply and high electricity prices.

Taking into consideration the experience of developed economies, Duterte said nuclear power would be tapped as a viable alternative baseload power source as the Philippines seeks to retire coal plants in line with its commitment to help limit climate change.

Previous attempts to pursue nuclear energy in the Philippines failed due to safety concerns, but central to the new plan is the revival of the BNPP, built during the rule of the dictator Ferdinand Marcos.

Built in 1976 in response to an energy crisis, and completed in 1984, the government mothballed it two years later following Marcos’ ouster and the deadly Chernobyl nuclear disaster.

Since 2009, the BNPP has been opened as a tourist attraction for a fee, helping defray the cost of maintaining it.

The late dictator’s son, Ferdinand Marcos Jr, who is currently the front-runner in the May presidential election, has said he plans to “revisit” the BNPP project, local media has — with reports from Reuters

Climate crisis could give nuclear energy a second wind