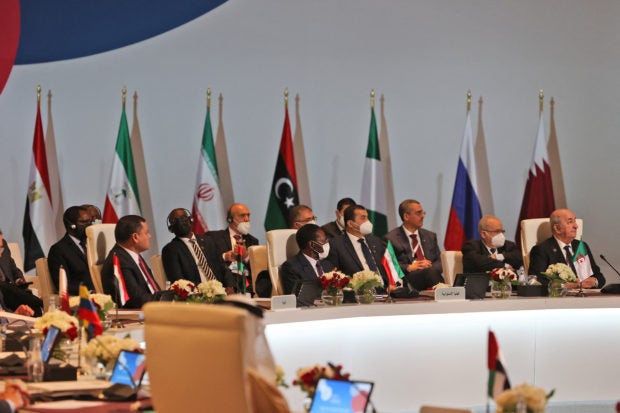 BENGHAZI — Libya found itself with rival governments on Tuesday after parliament approved a new cabinet in a challenge to unity premier Abdulhamid Dbeibah, who has refused to cede power until elections.

In a vote some fear could help tip the conflict-scarred nation into another round of violence, the cabinet of former interior minister Fathi Bashagha was approved by 92 of 101 members present, speaker Aguila Saleh said.

The House of Representatives (HoR) in the eastern city of Tobruk had designated Bashagha as prime minister earlier this month.

It had tasked him with forming a government to replace that of Dbeibah, based in the capital Tripoli in the west of the country and deemed by Saleh as having outlived its mandate.

But Dbeibah has repeatedly said he will only hand power to an elected government.

The construction tycoon had been appointed a year earlier as part of United Nations-led efforts to draw a line under a decade of conflict following the 2011 revolt that toppled dictator Moamer Kadhafi.

He was to lead the country until elections in December, but they were indefinitely postponed and Saleh, a rival presidential candidate, argued that Dbeibah’s mandate was finished.

On Tuesday, the cabinet of 29 ministers, three vice-prime ministers and six ministers of state — including just two women — was put before the legislature.

Dbeibah’s government swiftly issued a statement condemning what it said was a “blatantly” fraudulent vote.

“Several members of the HoR said they were not in Tobruk but were counted” among those present, “which still didn’t reach quorum”, it said.

But in a video message, Bashagha insisted the vote had been “clear, transparent and public”.

“The most important things we are working for today are reconciliation, participation and stability,” he said, adding that his government would “take over its tasks in the capital Tripoli peacefully and securely”.

Dbeibah’s office responded with a second statement, vowing to continue its tasks and accusing the legislature of threatening Libya’s stability.

It added that it would take legal action and “hold accountable anyone who dares to approach any government building”.

The legislature had earlier issued a statement condemning “death threats targeting many members of parliament and their families” prior to the vote.

Elected in 2014, its eastern location contrasts with that of Dbeibah’s administration, which sits in the capital Tripoli in western Libya, reflecting the deep and complex divisions that have plagued the country in recent years.

The emergence of Bashagha’s government once again gives the country two prime ministers, as was the case between 2014 and a landmark east-west ceasefire in 2020.

It is a major challenge to Dbeibah, whose statement Tuesday repeated that his government intends to hold legislative elections in June.

Bashagha, a 59-year-old former fighter pilot trainer from Misrata near Tripoli, is backed by eastern military chief Khalifa Haftar whose disastrous 2019-2020 attack on the capital ended in defeat and a return to UN peace efforts.

During Bashagha’s stint as interior minister in 2018-2021, he worked to reduce the influence of militias and bring fighters into state-run forces.

He is one of the few major Libyan actors to have good relations with foreign powers backing rival sides in the country.

What I can‘t see is how this can bring stability. By contrast, the potential for renewed conflict is real, even if it builds up over time rather than erupts immediately.

But Libya analyst Wolfram Lacher wrote on Twitter after the vote that “what I can’t see is how (Bashagha’s cabinet being approved) can bring stability.”

“By contrast, the potential for renewed conflict is real, even if it builds up over time rather than erupts immediately.”