Russia’s attack slowing down? Not so fast, experts say 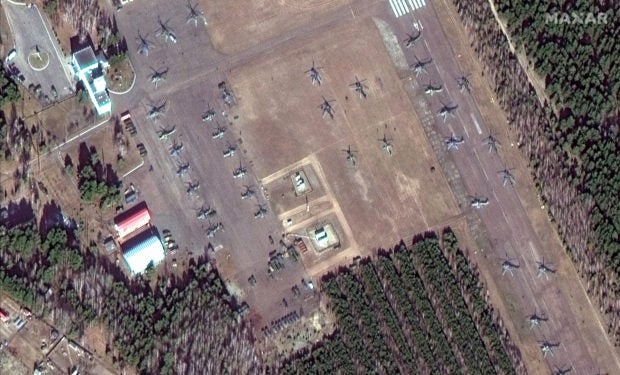 PARIS — The Russian army may have advanced less fast than planned in five days of war in Ukraine, but experts on Monday warned against jumping to conclusions from the apparent slowdown.

The army is preparing strikes on Ukraine’s capital Kyiv and other cities and, at the same time, trying to link together its attack forces in the south of the country.

Both strategies are certain to put many more civilians in harm’s way.

The US defense department has said that Russia was “frustrated” by stiff Ukrainian resistance, saying half of Moscow’s troops previously massed at the border were now inside Ukraine.

Ukrainian President Volodymyr Zelensky urged Russian soldiers to lay down their arms, telling them to “just save your lives”.

But experts say the Russian war effort is far from running out of steam.

“This is war, so there are difficulties. They may have logistics issues. But regardless of what we’re told, they are making progress,” he told AFP. “Only in video games do you conquer a country in two days.”

Russia’s overall superiority, especially in the skies, gives it “a significant degree of freedom of movement across the country”, said Nick Brown at Janes, a British defence intelligence service.

“Satellite imagery of long columns of vehicles in the open suggests that they remain confident of their own positions and Ukraine’s inability to roll them up,” he said.

Battles are raging in southern Ukraine where Russian troops have pushed forward from Crimea, with now a gap of only a few dozen kilometres (miles) left between the Russian army’s southwestern and southeastern flanks.

Ukrainian forces are fighting hard to prevent a link-up of the two Russian attack wings, which experts say would be a game changer.

The strategic port cities of Odessa to the west and Mariupol — still held by Ukraine — in the east are the region’s prime targets for Russia.

A fall of Mariupol “would allow territorial continuity between the Rostov-on-Don region and Crimea”, said one French military source, who declined to be named.

This would give Russia an opportunity to “absorb or annex” Ukraine’s entire east, the source said.

Russia could also engage in a pincer movement against Ukrainian forces in the breakaway Donbas region — even if it could be a challenge to “seize, hold and dominate the territory that they have covered to ensure their own security”, Brown cautioned.

Civilian casualties have remained contained at several hundred on the Ukrainian side, and Russia has told Kyiv residents that they are free to leave the city to the south.

“Ukraine is not like Syria for the Russians,” said one European diplomatic source. “It’s much more difficult for them to justify carpet-bombing.”

Aware that many Russians have friends and family in Ukraine, Putin deliberately labelled the leadership in Kyiv “Nazis”, the source said, because “Russians don’t start out by thinking of Ukrainians as enemies”.

The call to the population to leave Kyiv may well prepare the ground for more intense air strikes on the capital, the French military source said.

In Kharkiv, meanwhile, Russian troops are firing rockets in the intense struggle for Ukraine’s second-biggest city, the source said.

“That means that the Russians are hitting hard, and more and more indiscriminately,” the source said. “The coming days will be much tougher.”

This view was shared elsewhere, with one security source telling AFP that a second Russian attack wave was “imminent”.

“They are preparing something truly massive,” added a diplomatic source.