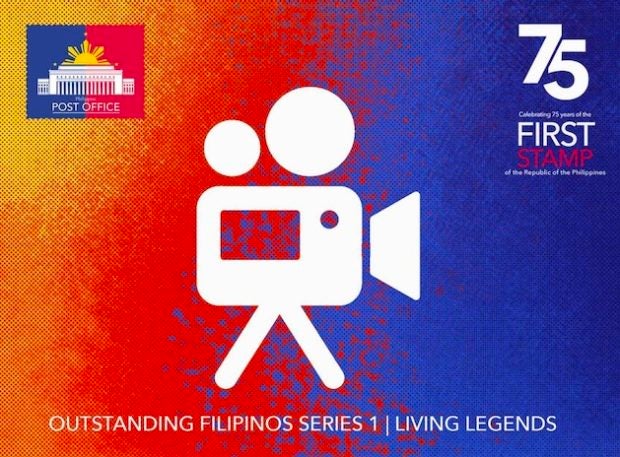 “Living Legends: Outstanding Filipinos Series 1” is actually the second of a three-group series of stamps to commemorate the 75th anniversary of the country’s first issuance of stamps. (Photo from the PHLPost Facebook account)

MANILA, Philippines — The Star for All Seasons, the Superstar, a national scientist, and an icon in Philippine basketball are among the 10 “living legends” honored by the country’s post office in its new stamps.

The Philippine Postal Corp. (PHLPost) launched at its main office on Saturday its “Living Legends: Outstanding Filipinos Series 1,” which is actually the second of a three-group series of stamps to commemorate the 75th anniversary of the country’s first issuance of stamps.

“Some of you may be wondering why we have this kind of event. For the post office, it is important to honor and recognize our legends,” Postmaster General Norman Fulgencio said in his speech during the launch.

Representing Philippine cinema are actress and singer Nora Aunor, who was popularly referred to as the Superstar at the height of her career spanning three decades; her screen rival, the Star for All Seasons and now Batangas Rep. Vilma Santos-Recto; Susan Roces, who was called the Queen of Philippine movies during the 1960s and ‘70s; and veteran actresses Gloria Romero and Rosa Rosal, who is also a leading philanthropist.

“They have dedicated their lives and talents to the Filipino people,” Fulgencio said. “They deserve to be immortalized in our stamps to inspire not only Filipinos, but every nationality who will see our stamps.”

The post office turned over to representatives of the honorees the framed stamps in tribute to them.

“The stamps we issued today are not only meant for delivery of letters, but more importantly to deliver hope,” Fulgencio said.

Furthermore, the stamps “symbolize what Filipinos are capable of — wherever we are, whoever we are up against and whatever it takes,” he said.

The first group of stamps of “World-Renowned Filipinos” was introduced in November last year. The last will have the theme “Never Forgotten.” PHLPost will announce soon its presentation.