MANILA, Philippines — Circulating photos showing bloodied bodies of ambush victims with captions claiming they were the missing “sabungeros” are actually from an unrelated shooting incident in Maguindanao last February 12.

INQUIRER.net asked the PNP about the photos circulating on social media. 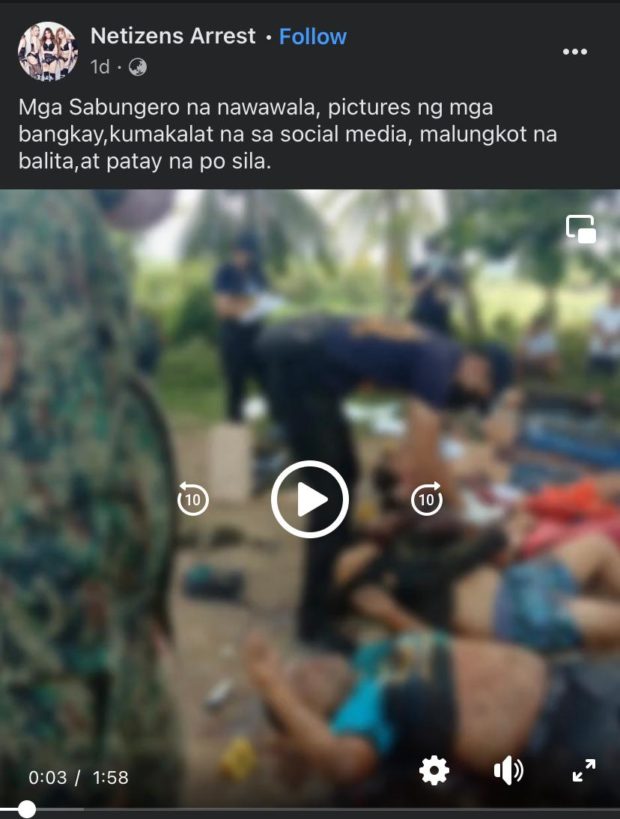 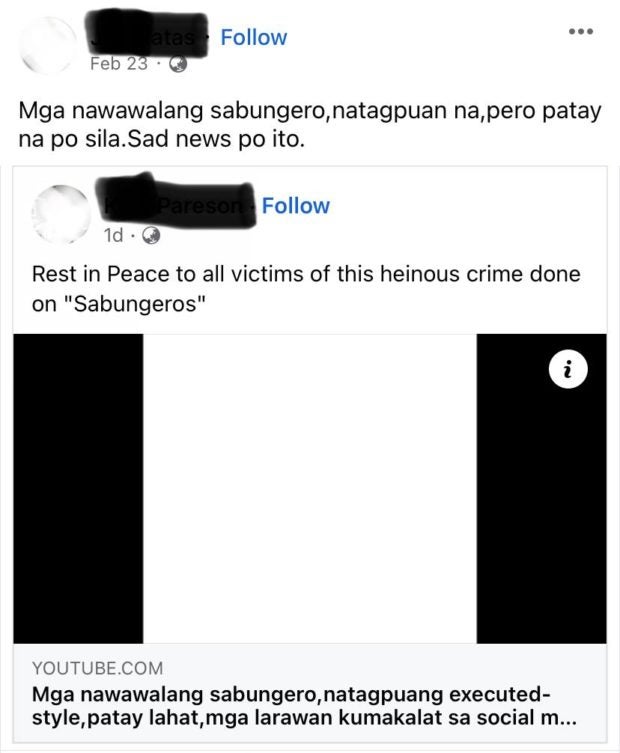 The photos circulated online as the Senate public order and dangerous drugs panel on Thursday opened an investigation into the disappearance of 31 cockfight enthusiasts who went missing from April 2021 to January this year.