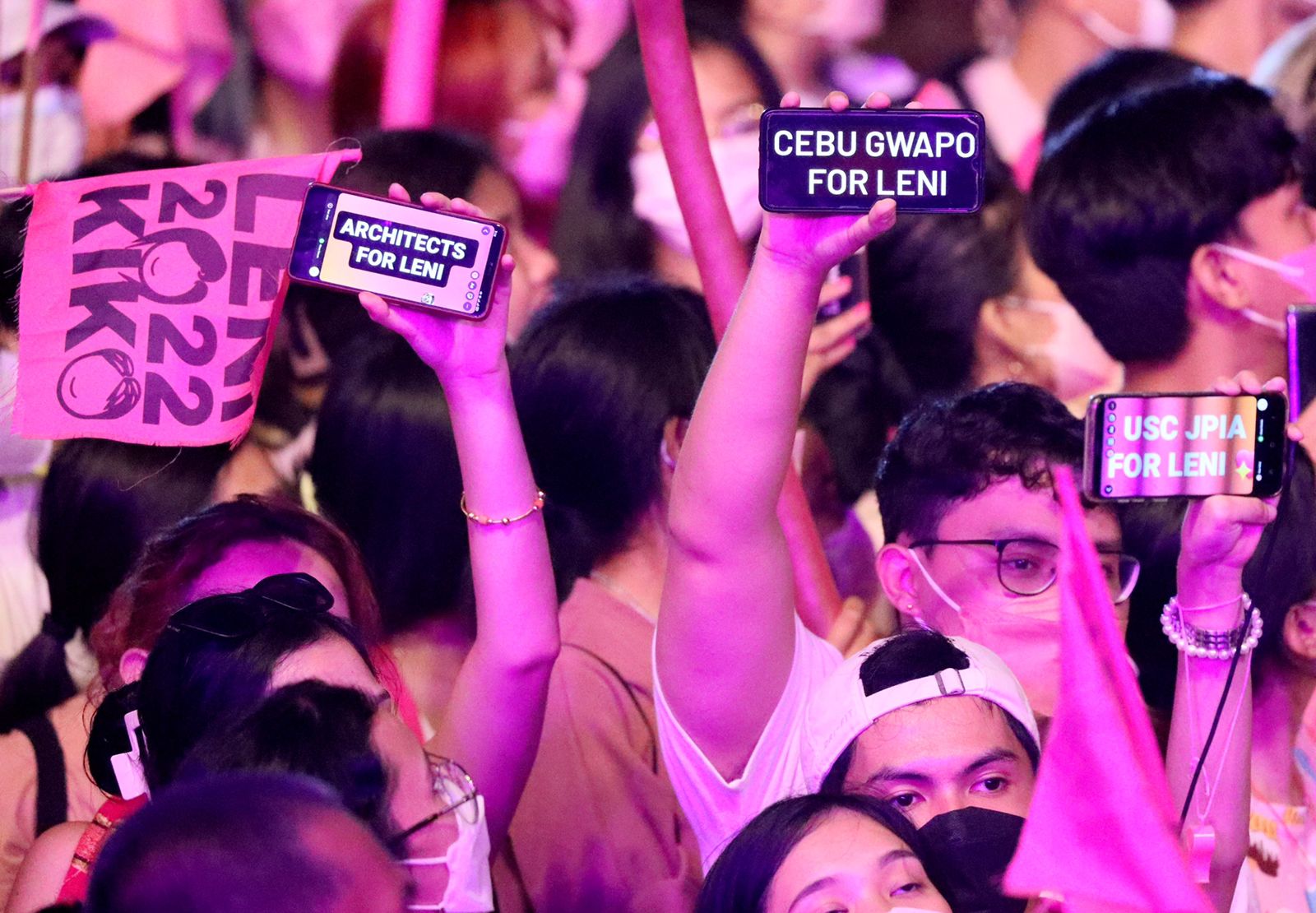 CEBU CITY, Philippines — Remember how in 2021, there was a  joke that all supporters needed to do to show support for the presidential bid of Vice President Leni Robredo was attach the words “for Leni” to their group’s name?

Fast forward to February 2022, and it appears that the joke has been brought to life. At the Grand Rally in Cebu City’s Southwestern University (SWU) hosted by Robredo’s supporters on Thursday, a crowd composed mostly of young people hoisted placards bearing the names of groups like “Alters for Leni” and “Daks for Leni.”

During the rally, Robredo read the placards as she thanked the crowd for its support.

“Daks” is a play on the Visayan word dako (huge) and is often used to humorously refer to a man with a big penis, while “palahubog” refers to those who drink too much. Meanwhile, “afam” (a foreigner assigned to Manila) is slang for a foreigner.

Turning serious, the Vice President stressed that young people were able to come up with the creative placards as they are passionate about the elections. This she said, is proof that the youth are invested in their future.

(Haven’t you observed it? Because of your passion, everybody’s creativity seeps out. That’s why you know — this is my last statement because I know you are tired already — you are giving us great joy.)

(There is so much creativity which only shows that we are all invested in these upcoming elections. Let us not waste this heart and passion that we have, because it is through heart that we win this election. Thank you very much.)

A Pulse Asia survey says Robredo will only get 16 percent of votes if the elections were held from January 19 to 24, far from the 60 percent voter choice for former senator Bongbong Marcos.