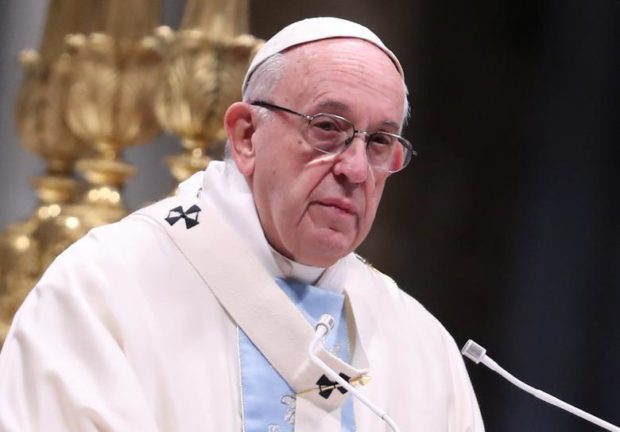 MANILA, Philippines — As the tension between Ukraine and Russia erupts into a full-blown conflict, Pope Francis on Thursday declared March 2, Ash Wednesday, a day of Fasting for Peace.

In a letter from the Vatican, the Pope appealed to everyone, believers and non-believers alike, to fight the “diabolical senselessness of violence” with prayer and fasting.

“I invite everyone to make next 2 March, Ash Wednesday, a Day of Fasting for Peace. I encourage believers in a special way to dedicate themselves intensely to prayer and fasting on that day,” said the Pope.

“May the Queen of Peace preserve the world from the madness of war,” he added.

In the same letter, the Pope asked political leaders to “examine their conscience in God,” and to not let partisan interests incur suffering to the people.

“I would like to appeal to those with political responsibility to examine their consciences seriously before God, who is the God of peace and not of war; who is the Father of all, not just of some, who wants us to be brothers and not enemies,” said the Pope.

“I pray that all the parties involved refrain from any action that would cause even more suffering to the people, destabilizing coexistence between nations and bringing international law into disrepute,” he added.

URGENT appeal for prayer and fasting for Ukraine by Pope Francis. #ukraine 🇺🇦

Posted by The Manila Cathedral on Thursday, February 24, 2022

This pronouncement came after Russia’s Prime Minister Vladimir Putin launched an invasion of Ukraine, with explosions heard across the country.

Several weeks of intense diplomacy and the implementation of Western sanctions on Russia attempted to defuse tensions, but failed to deter Putin, who had amassed between 150,000 and 200,000 troops along Ukraine’s borders.