Expect a fair weather Friday in most parts of PH – Pagasa 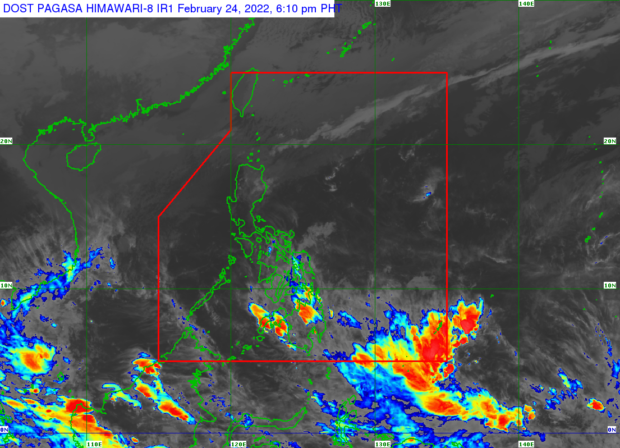 MANILA, Philippines — Generally fair weather will prevail over the majority of the country, except in parts of Northern Luzon and Davao region on Friday, said the Philippine Atmospheric, Geophysical and Astronomical Services Administration (Pagasa).

(We are expecting cloudy weather with light rains there in Cagayan Valley still brought about by the frontal system that will slightly affect the eastern part of northern Luzon.)

(The rest of Luzon will have fair weather tomorrow.)

Light rain, however, should still be expected in the remaining parts of Northern Luzon and Central Luzon, while isolated thunderstorms are possible in Metro Manila and the rest of Luzon.

Overcast skies and scattered rain showers, meanwhile, are forecast in the Davao region, while the rest of Mindanao together with the entire Visayas will experience generally fair weather.

No storms or low pressure areas are also expected to enter the country’s area of responsibility within the next three days, said Ordinario.

Temperature range in key cities/areas according to Pagasa for Friday:

Gale warning is still raised in the seaboards of Northern Luzon, as well as in the eastern seaboards of Central and Southern Luzon, Visayas, and Mindanao due to the effects of the northeast monsoon and the shear line.