Ukrainians wake up to sounds of bombings as war hits home 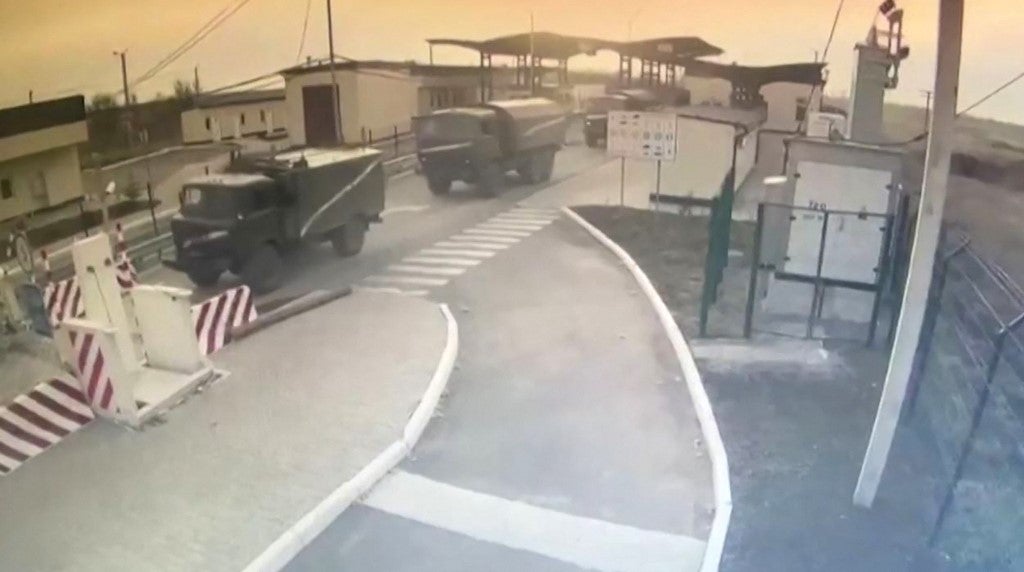 Ksenya Michenka looked deeply shaken as she took cover with her teenage son — their cat peeking out of a bag — in a metro station off Kyiv’s historic Maidan Square.

The expansive square was the focal point off two pro-Western revolutions that Russian President Vladimir Putin tried to reverse in 2004 and 2014.

But the former Soviet republic continued pulling away from Russia and building ties with the West.

Putin responded on Thursday by doing what many thought unimaginable — launching an all-out air and ground assault on Ukraine.

Michenka said she ran to the subway station for cover “because Russia has started a war against Ukraine.”

“We need to save our lives,” she said in a tense voice. “We hope the metro can save us because it is underground.”

Many in the city of three million people woke up to a series of terrifying booms echoing somewhere in the distance in the deep of night.

“I woke up because of the sounds of bombing,” said 29-year-old Maria Kashkoska as she sat on the subway station’s floor.

“I packed a bag and tried to escape. We are sitting here, waiting,” she said after packing her charger and a few essentials.

The booms were followed a few hours later by air raid sirens that sounded over Kyiv at the break of dawn.

Queues formed outside currency exchanges as well as petrol stations.

AFP reporters saw people carrying suitcases to bus and train stations in an effort to get out of Kyiv and move further west.

Air raids sounded over the western city of Lviv — the new diplomatic home of US and European officials who fled Kyiv — and the sounds of exploding bombs echoed across the northern city of Kharkiv.

Kharkiv rests just 35 kilometres (20 miles) south of the Russian border and once served as the capital of Ukraine when its was still part of the Soviet state.

Russian-backed insurgents tried but failed to seize the city of 1.4 million people when they launched their deadly insurgency in 2014.

“I once again call on the people of Kharkiv to stay at home and to remain as calm as possible,” mayor Igor Terekhov said.

But the most frightening explosions and heaviest fighting was ringing out across the scattering of impoverished towns that hug Ukraine’s frontline with Russian-backed rebels in the east.

An AFP team in the eastern town of Chuguiv saw a man crying over a body stretched out on the ground.

Firefighters tried to extinguishes the flames of a house burning after an apparent attack.

“If they continue to bomb us, I will find weapons and defend my homeland,” said 62-year-old Vladimir Levichov.