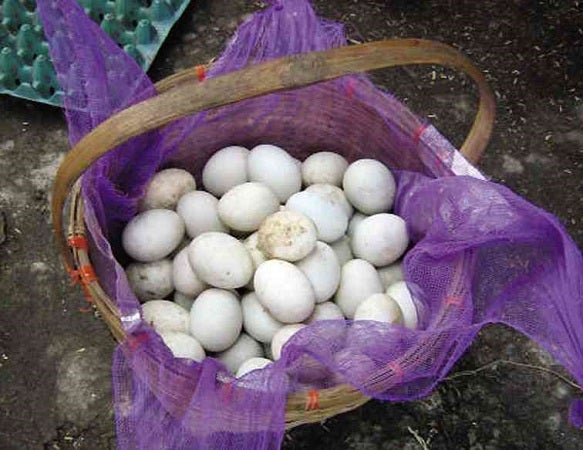 In his visit to Pateros on Tuesday, Pacquiao remarked that while it is only a small municipality known for producing the fertilized duck egg embryo, it can be developed to become a premier investment location in food processing and manufacturing.

(The balut and the salted egg are known not only in the Philippines but also in other countries. It is like an exotic food for them so we should study how we can make them as major export products.)

(Let us not forget the small municipalities because they also contribute greatly to our economy.)

Finding a niche market for balut and salted eggs may not be that hard considering that the country has been one of the top exporters of eggs in the world.

According to the Observatory of Economic Complexity, an international trade site, the Philippines exported $43.7k of eggs in 2019, making it the 101st largest exporter of the product in the world.

In the same year, eggs were the 904th most exported product in Philippines.

In a community forum in Brgy. San Juan, Pacquiao reiterated his vow to “discipline” all government officials, and those who do not toe the line in his war against corruption will be arrested and jailed.

(Because of corruption, the government is losing huge amounts of money. Our revenue continues to decrease while our budget requirements continue to increase. Many appointed officials are just stealing money.)

(I want to discipline all corrupt officials so that respect in the government will be regained. They have to have fear of God.)

He lamented that corrupt government officials make a business out of their positions.

(They are making a business out of public service. What’s important is there should be a sense of righteousness and justice because this is where true development lies.)