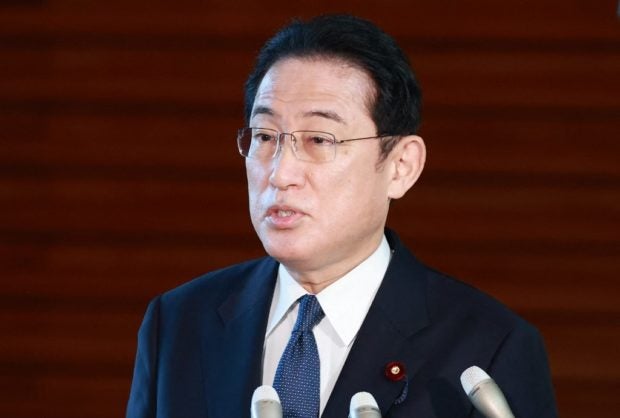 Japan’s Prime Minister Fumio Kishida speaks to the media about the crisis between Russia and Ukraine, at the prime minister’s office in Tokyo on February 22, 2022. (Photo by JIJI PRESS / AFP) / Japan OUT

The measures follow decisions by the United States, Britain and the European Union to penalize Russian entities in the wake of President Vladimir Putin’s decision to send soldiers into Donetsk and Lugansk.

Tokyo’s sanctions include a ban on issuing visas to individuals linked to the “so-called two republics” as well as freezing their assets and barring trade with the regions.

They also ban the issuing and trade of Russian government bonds in Japan.

“From the viewpoint of responding to the issue in cooperation with the international community, Japan decided to impose sanctions,” he said.

Russia is ‘poised to strike’ Ukraine, US defense secretary says