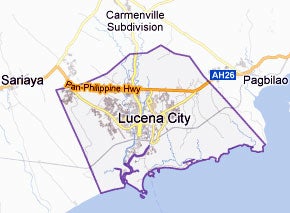 Authorities found the suspect carrying four plastic sachets of meth with a street value of P14,280.
The police tagged the suspect as “newly identified drug personality” or a newbie in the illegal drug trade.

The suspect was detained and is facing charges for violation of the Comprehensive Dangerous Drugs Act of 2002.