From study cafes to ride-sharing, Koreans seem to prefer same-sex environments. Why? 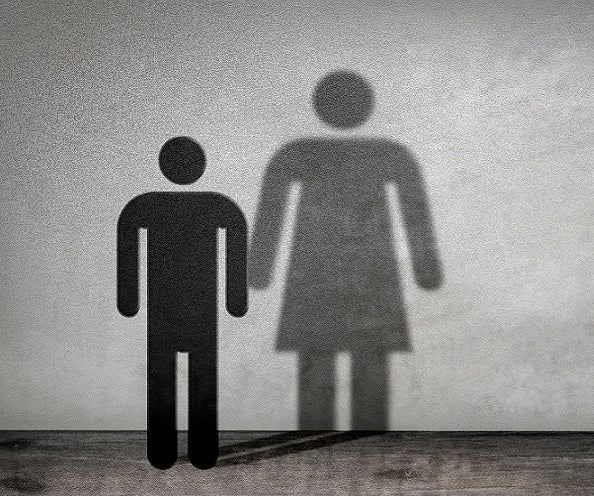 SEOUL — “Boys and girls shouldn’t sit together past the age of seven.”

This old saying from the Confucianism-dominated Joseon era seems to hold true to an extent even in present-day Korea.

An advocate of this segregation policy, at least at study cafes, is Kim Si-song, a 28-year-old woman preparing for a state-run teacher employment exam.

“I used to go to a study cafe where men and women study in the same place, and there was one time when a female customer accused some men of secretly taking pictures of young female students,” said the resident of Seongnam, Gyeonggi Province.

It is not that all men are potential peeping toms, but she now prefers to go to study cafes that have a separate spaces for women only, to be free of any unnecessary worries, Kim said.

Often, worries over voyeurism, harassment and other sexually-motivated crimes are the reasons behind gender segregation in public spaces or business establishments.

Korean-style public bathhouses, known as jjimjilbang, have gender-segregated wet sauna zones and a resting area where groups, often families, of different genders could gather together wearing simple clothes like T-shirts and shorts provided by the establishments. This mixed-gender area consists of dry saunas of various themes and temperatures, sleeping rooms, eating areas and leisure facilities. But after repeated reports of sexual harassment in sleeping zones, many jjimjilbang now have separate sleeping rooms, or offer women-only areas.

Gosiwon is another example of gender segregation primarily for crime prevention. Most of these dormitory-style lodging houses have separate floors for male or female tenants. “Except for (the shared) kitchen and resting area, we have placed units for men and women on different floors to reduce the risk of conflicts among males and females amid growing public concerns over sex crimes,” said a 52-year-old owner of a gosiwon near Hankuk University of Foreign Studies, surnamed Jeon.

“To minimize exposure to sex crime risks” was the reason cited by the Seoul Metropolitan Government, when it introduced on Jan. 28 the gender-segregated “Banban (half-and-half) Taxi,” a ride sharing platform that matches passengers whose routes overlap at least 70 percent.

Cab ride sharing was commonplace in 70s, until it was banned in 1982 due to problems including the drivers making too many frequent stops to take additional passengers and sex crimes.

The gender segregation policy, however, is not without controversy.

Separating men and women may be an easy way to address concerns over sex crimes, but it runs the risk of being an excessive restriction that removes any benefits of a gender mix, some say.

A recent Supreme Court ruling has found a legal mandate on separation of men and women at private reading room facilities to be an excessive measure that infringes upon people’s right of self-determination.

Its judgement was in favor of a local operator of a private reading room facility who was slapped with a 10-day business suspension from a local educational authority for breaking a gender segregation rule set by the North Jeolla Province’s education office.

The rule in question is the article 3 of the “Ordinance on the Establishment and Operation of Private Educational Institutes,” which stipulates that seats in studying spaces at private educational facilities should be divided by gender. It was introduced in 2009 largely to deter sex crimes and ensure a better study environment, officials said.

Unlike study cafes, which are categorized as a space leasing businesses or a restaurant/rest area business, reading rooms are regarded as private academies and thus are subject to the ordinance.

Entrances to male-only and female-only rooms at a study cafe in Sujeong-gu in Seongnam, Gyeonggi Province. (Courtesy of Kim Si-song via The Korea Herald/Asia News Network)

“The ordinance violates the operator’s freedom of occupation as well as users’ right to self-determination,” the top court said in the ruling.

It also questioned the underlying notion that the possibility of sex crimes would increase if males and females are seated together, adding it is hard to find convincing scientific evidence supportive of that.

Lee Mi-jeong, a senior official at the state-run Women‘s Human Rights Institute of Korea, pointed out that sex crime prevention takes a more fundamental approach, with the digital sex crime on the rise.

“While the nation has failed to implement measures to tackle sex crimes, including tougher legal punishments, various entities and people resorted to a temporary method of blocking contact between males and females in public spaces,” the expert said.

Single-sex places, a choice for comfort for some

Crime prevention is not always the chief reason for single-sex rules. Female seclusion is often a business strategy, catering to women who want to feel comfortable without the presence of men.

A search on Naver for women-only gyms, spas or message shops returns a host of businesses across the nation.

Park Ye-seul, a 25-year-old college student in Seoul, said, “I’m not trying to sound like a misandrist, but some men speak much louder than women do, which really gets on my nerves. Also, their larger body motions make small but annoying noises especially in winter, when many wear padded jackets,” she said.

As for the Suneung college entrance exam’s sex segregation practice, the reasons are practical, explains the Ministry of Education, because it makes the post-exam process easier when compiling test scores by gender. Exam takers, too, tend to prefer the same-sex environment to minimize distraction, it says.

As pandemic led to crime decline, it also gave rise to abuses