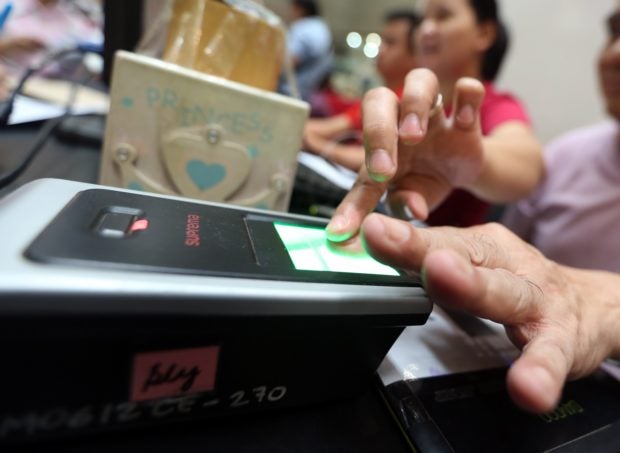 MANILA, Philippines — Experts find that Filipino voters belonging to Generation Z (born between 1997 and 2012) and those considered millennials (born between 1981 and 1996) are more technically oriented than those in older generations, are heavily influenced by social media, and have no direct experience of martial law.

These young Filipinos also value interactions with family members, and most of them welcome the influence of their elders. But they, especially those voting for the first time in the May elections, should not be perceived as a homogenous, monolithic entity, especially when it comes to political campaigns.

Sociologist Ash Presto says that “because the Philippines is also an archipelago, the youth will come from different places which have their own cultures, norms and traditions.”

“Also, the country has a large, large equality gap. There are young people who are more privileged and can access various platforms, [and] there are also those who struggle with modular learning,” says Presto, an Ateneo de Manila University lecturer now studying public policy at National University of Singapore.

The differences among young Filipinos, she says, should be examined thoroughly as these would spell out how the candidates’ political campaigns should be drawn.

Presto points out that the young are more able to pursue varied interests because they have grown in the period of internet access and benefit from the deluge of information.

She adds: “Some of them are very vocal and are privileged enough to converse with people outside their [social] circle. They are the youth looking for advocacies and good governance, who call for a more critical choice. But there’s a certain kind of social and economic capital [you should have] to be able to get out of that circle you were born into.”

Presto acknowledges that there are Filipino youth whose main source of news is social media platforms “that are infested with disinformation,” and “they usually don’t have all these avenues to do their own Google research.”

Political strategist Victor Andres Manhit of Philippine Stratbase Consultancy Inc. describes young voters as “malleable” and “vulnerable … because they don’t have the luxury of knowing the past.”

A Filipino who is 18 years old today, for example, would not know about the “Hello Garci” election scandal that rocked Malacañang in 2004.

Manhit says Stratbase figures gathered from the Philippine Statistics Authority, Social Weather Stations and Pulse Asia show that Filipinos between 18 and 24 years old, including those who will vote for the first time in May, make up 13 percent of the population. Those between 24 and 34 comprise 19 percent and those between 34 and 44, 17 percent.

“College students and first-time voters are just 13 percent, if you follow the national census. But even if we include those until 44 years old, that’s nearly half the population. The 44-year-olds were 8 years old during Edsa 1,” he notes.

No memory of martial law

“This means,” Manhit adds, “50 percent of the voters have no recollection of martial law. We can consider demographics like livelihood, the lack of job opportunities, low wages [in the selection of candidates]. But even if we limit ourselves to the [youngest age group among voters], they are the ones with limited education in the sense that they are high school graduates or have some college education.”

For Manhit, the situation can be bothersome because the younger voters are the ones that have grown up with Facebook, YouTube, and social influencers. “Sometimes what the influencer says becomes the truth. And without [the young] knowing it, their minds are being shaped, influenced, or manipulated to an extent,” he says.

Twelfth grader Paula Mendoza of Miriam College High School, 18, will vote for the first time in May. She says she is aware that information in social media “can be easily manipulated [but] I know the news is true if the sources given to support the claims [in the story] are credible and relevant.”

High school graduate Princess Gutierrez, another first-time voter, also gets her information from social media. Right now, she says, she is more interested in debates among voters “fighting for [their] candidates.”

Presto and Manhit both say the campaign strategies of at least two presidential candidates acknowledge the potential of wooing the younger set.

“Many responded when [Vice President] Leni Robredo did the finger heart [popularized by Korean celebrities]. Because many young people are interested in her, when she flashes that symbol, it’s so useful,” Presto says.

She cites the imagery used by the campaign teams of former Sen. Ferdinand “Bongbong” Marcos Jr. and his running mate, Mayor Sara Duterte:

“‘Tigre ng Norte’ (Tiger of the North) has a certain ring to it. Maangas (fierce), also, 2022 is the Year of the Tiger. It symbolizes strength. And the eagle [for Duterte] symbolizes Davao. The sky and the land — atin ang mundo (the world is ours). Only the Marcos campaign has that kind of imagery.”

And Marcos Jr.’s use of the short-sleeved red polo shirt “hits two birds with one stone,” says Presto. “The polo is the exact design that his father used in his campaign. Only that the elder Marcos used a white polo. Marcos Jr. is now also pandering to the loyalists. And ordinary workers can relate to the polo because it looks like the uniform of [fast-food workers].”

Manhit adds that the use of short videos attracts young voters. “TV ads last for 30 seconds,” he observes. “For a YouTube video, nine minutes is too long. You make a documentary and somebody else makes a three-minuter. They know the attention span of the young now; they can communicate in a few minutes.”

But Presto notes that those working for Marcos Jr. are also engaged in disinformation “that is very targeted—they know their audience.”

Says Manhit: “Because the youth have no recollection of martial law, they are more [vulnerable] to an alternative version. And with social media, the campaign of Marcos went beyond traditional media and communicated directly to the voters, but this happened without the benefit of fact-checking. While it’s a good campaign, it’s a very dangerous campaign.”

Manhit’s group monitors comments on online news reports. He has noticed lately that those who comment on stories critical of Marcos Jr. have now coined the term “fake-stream media” to discredit news organizations.

That relationships matter to young voters is clear, and Presto notices that family interactions and the opinion of elders are likely to influence a young person’s choices.

For example, her younger siblings look up to her “as the elder sister and as the breadwinner,” she says, adding:

“Choosing a candidate involves a lot of push and pull. But in terms of relationships, the interactions with people who are the same as you, like family members or the candidates themselves, would matter.”

High school student Mendoza says her family members do not discuss political issues but warn each other about “misleading information being said by others.”

Gutierrez says she and her mother will vote for different candidates: They have no conflict and each “respects” the other’s choice.

Earl Javier, strategic planning director of McCann Worldgroup Philippines, quotes the company’s 2016 study, “Truth About Youth,” which says 82 percent of Filipinos aged 18 to 34 say their parents are their go-to source of advice.

“But we’ve also seen young people ask for and give advice to strangers on the internet. We have no data [with which] to compare, but my best guess is it’s not a choice. Young people now just have more sources to ask advice from,” Javier says.

Manhit admits he is bothered by stories told to young people that the martial law period was the country’s “golden age.” The tale cannot be supported by facts, he maintains.

“Even the believers of the story cannot defend it. They mention massive infrastructure without considering that the dictatorship ran for 21 years, compared to the six years of each president that followed. No one among them talks about how the economy went bankrupt from 1983 to 1986, or that there were failed social programs because the economy went down and we cannot pay our loans,” he explains.

Manhit raises the need for more fact-checking efforts as a way to protect young voters.

“It is important that the Church, the schools, and other social institutions work together to communicate. The pandemic of disinformation is affecting our lives,” he says.

Given the differences among young voters, Presto says it is difficult to predict whether they will constitute a swing vote in the coming elections.

“But these differences will spell out how politicians will engage different audiences,” she says. “The important thing is to examine their differences [because the youth] would matter very much.”