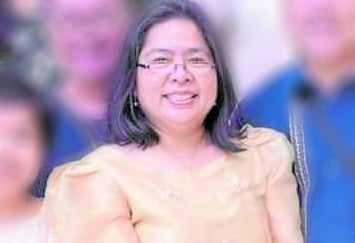 MANILA, Philippines — The Department of Health (DOH) reminded authorities to follow due process in the kidnapping and serious illegal detention cases against Dr. Maria Natividad “Naty” Castro, who had reportedly been put under the custody of the police in Bayugan City, Agusan del Sur.

“The contributions of our health workers, especially those who have opted to work with the underserved are immeasurable,” the DOH said in a statement on Saturday.

“All our citizens, health workers included, enjoy the constitutional guarantees of due process and presumption of innocence until proven guilty. We trust our authorities to uphold these rights,” the DOH added.

Meanwhile, the Manila Community of Benedictine Sisters and the Academic Community of St. Scholastica’s College denounced the charges against Castro.

“It is ridiculous to accuse Dr. Naty of kidnapping and illegal detention of those she is helping and whose human rights she is defending. It is unjust that one who has chosen to live in places that are not reached by the services that every human being is entitled to receive; one who has committed her life to give life to others, is now deprived of her right to life, a life that she has lived witnessing to Christ’s love and compassion,” the community said in a joint statement.

The group said that, instead of being arrested, Castro “deserves is a recognition and appreciation for her commitment to the welfare and human rights of our Filipino sisters and brothers who are most in need.”

“We deplore the continuous red-tagging of this government and making false accusations of innocent people. We demand that there be an immediate hearing of the case of Dr. Naty,” they added.

Castro is an alumna of St. Scholastica who graduated as valedictorian in High School Class of 1986.

Doctor accused of being a CPP official arrested in San Juan