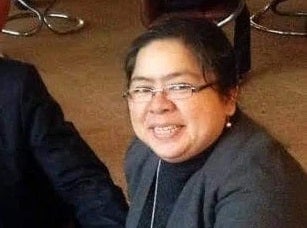 Dr. Natividad Castro in this undated photo. —PHOTO FROM FACEBOOK OF JUN CASTRO

MANILA, Philippines — The Commission on Human Rights (CHR) said Saturday it is investigating possible violations of the Philippine National Police (PNP) in arresting a doctor who was accused of being a member of the Communist Party of the Philippines.

“CHR has dispatched a quick response team in NCR (National Capital Region) and Caraga, and is undertaking a motu proprio investigation on the reports received that indicate possible violations of the Philippine National Police rules of procedure, among other issues,” the Commission said in a statement.

CHR was referring to the arrest of Dr. Maria Natividad Castro by the police on Friday through a warrant issued by the Regional Trial Court of Bayugan City, Agusan del Sur on January 30, 2020 for alleged kidnapping and serious illegal detention.

According to the Free Legal Assistance Group, the current whereabouts of the doctor are “unconfirmed” and “unknown” to her counsel and family.

CHR said it is coordinating with local authorities and is in close contact with the family of Castro to assist them.

The Commission also expressed “grave concern” over the manner of her arrest.

According to CHR, Castro “had been red tagged for her work as a human rights and development worker.”

“Before the pandemic hit the country in 2020, Castro initiated several health programs in Mindanao. She also brought members of the Lumad community before the United Nations in Geneva to seek help against harassment in their areas. She also once served as secretary general of rights group Karapatan in Caraga region,” the CHR said.