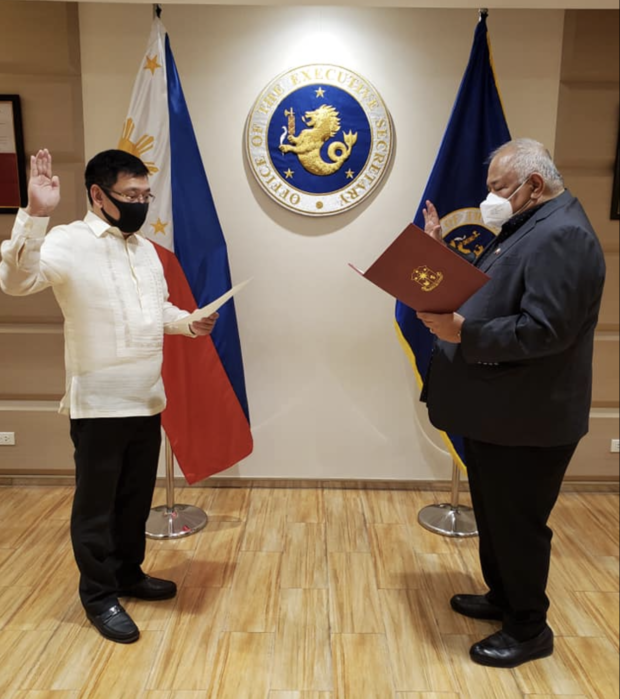 Former Department of Environment and Natural Resources Undersecretary Benny Antiporda takes his oath before the office of Executive Secretary Salvador Medialdea as new senior deputy administrator of the National Irrigation Authority. From the Facebook page of Benny Antiporda 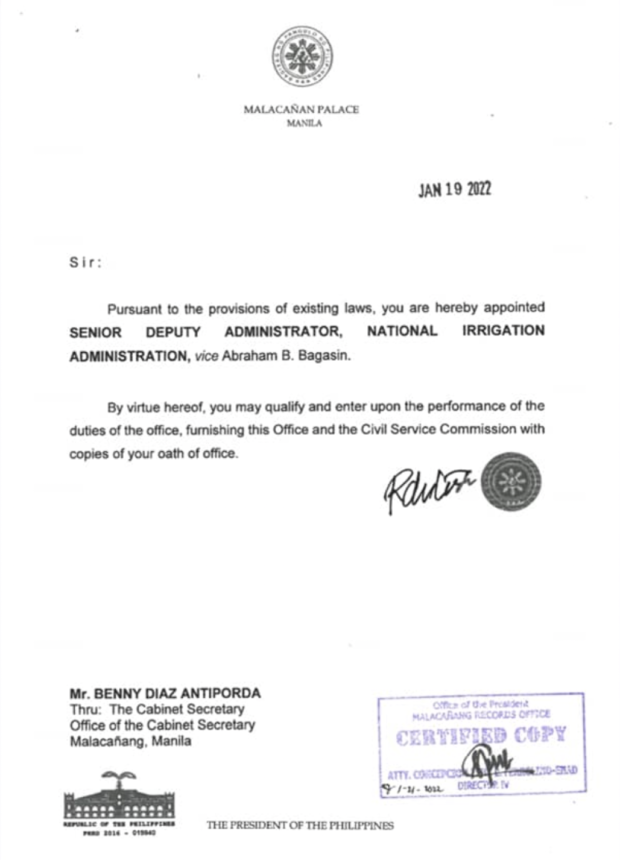 Cabinet Secretary and acting presidential spokesman Karlo Nograles said Antiporda will replace Abraham Bagasin, who is running for mayor in the municipality of Sanchez-Mira in Cagayan.

“We wish Senior Deputy Administrator Antiporda success in NIA, as it advances the government’s national irrigation program towards growth in the agriculture sector,” he said in a statement.

Also, another DENR official, Environment Undersecretary Edilberto Leonardo, of the department’s Protected Areas and Special Concerns, was appointed at the National Police Commission as commissioner for the national enforcement sector. 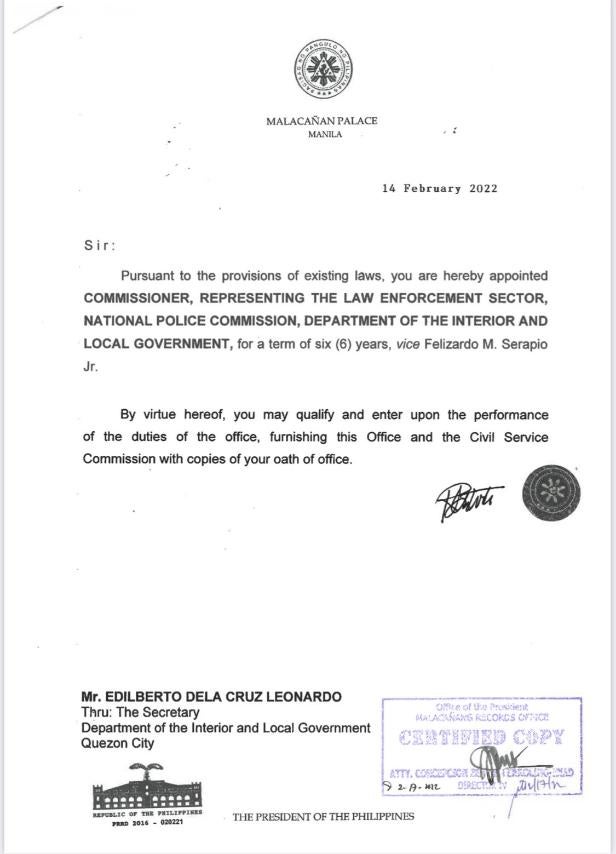 Antiporda’s appointment was signed by the President on January 19, 2022, while Leonardo’s paper came out on February 14, 2022.

The reappointments of both DENR officials are reportedly not connected with the resignation of Environment Secretary Roy Cimatu, who stepped down due to health concerns.

Cimatu resigns as DENR chief due to health reasons