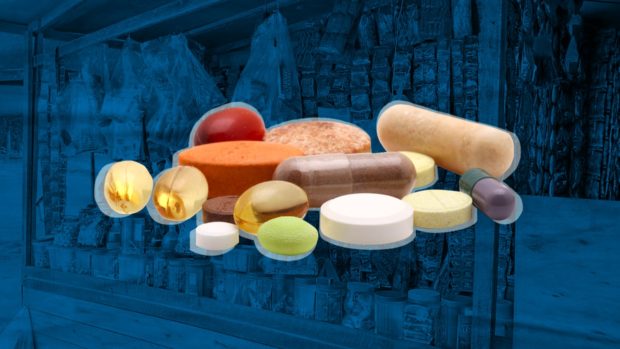 The sale of over-the-counter medicines in sari-sari stores may soon be a thing of the past. Graphic design by Marie Faro / INQUIRER.net

MANILA, Philippines — The Department of the Interior and Local Government (DILG) on Thursday urged local government units (LGUs) to enact ordinances banning the sale of medicines in sari-sari stores nationwide.

“LGUs should protect the health and general welfare of their constituents. We, therefore, urge LGUs to ensure that sari-sari stores within their jurisdictions are not selling any medicine because under the law, hindi sila autorisado (they are not authorized),” Interior Secretary Eduardo Año said in a statement.

Año issued this statement after reports of fake medicines have been proliferating in small retail stores, according to the Food and Drug Administration (FDA).

He then directed the Philippine National Police (PNP) to immediately arrest violators selling medicines, despite the lack of authority.

This came after a taped briefing on Feb. 14, where President Duterte was told that from Jan. 13 to Feb. 11 the FDA received 185 reports on sari-sari stores that were illegally selling medicines of which 78 were confirmed to be guilty.

Nine of these stores were also confirmed to be selling fake medicines including the coronavirus disease-2019 (COVID-19) medicines.

Under Section 30 of Republic Act (RA) No. 10918, or the Philippine Pharmacy Act, only FDA-licensed retail drug outlets or pharmacies are allowed to sell drugs and medicine to the consuming public.

Meanwhile, DILG Spokesperson Jonathan Malaya reminded violators that the mere possession of counterfeit drugs is punishable under the law.

Under RA No. 8203 or the Special Law on Counterfeit Drugs, those possessing fake medicines face imprisonment of not less than six months and one day.