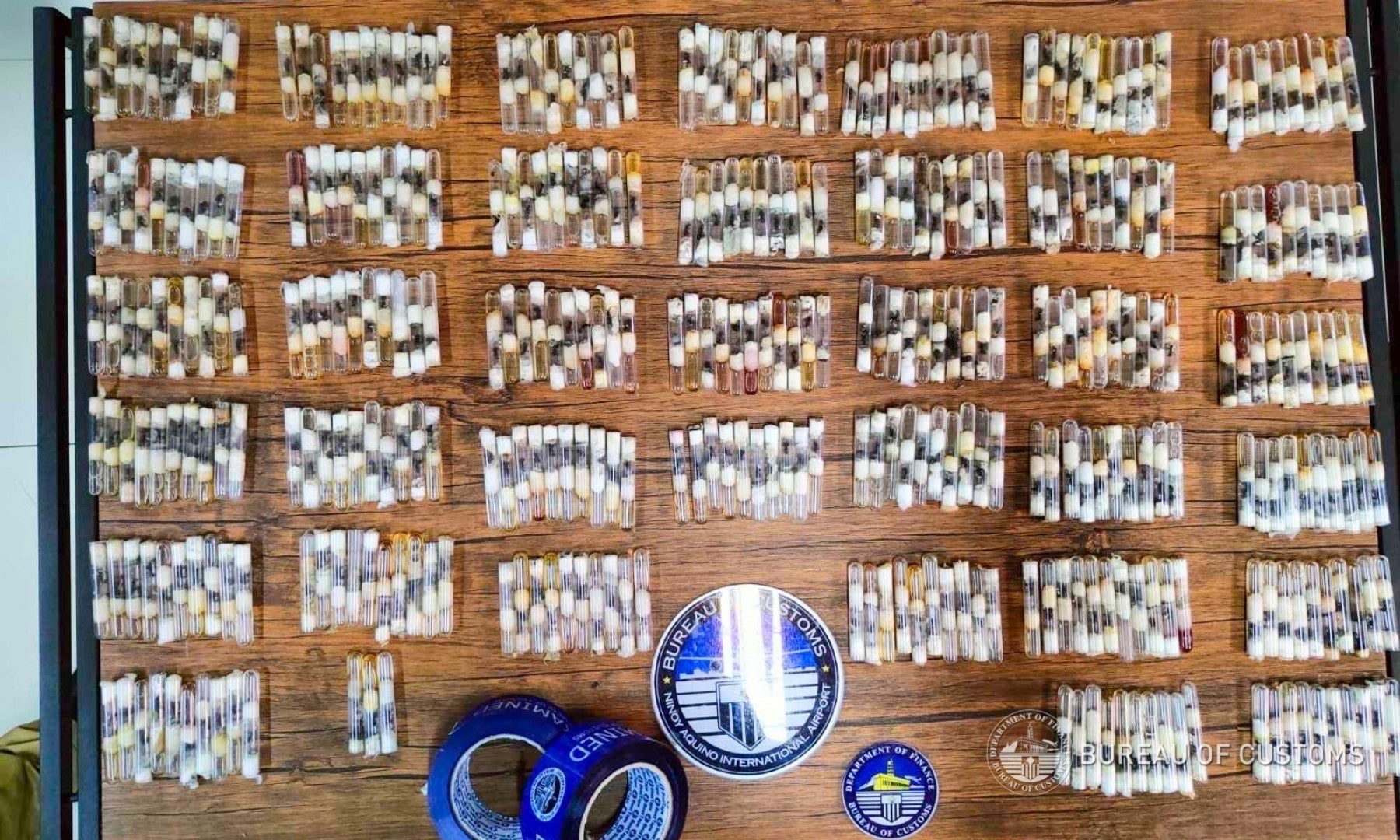 Black ants seized by the BOC (PHOTO from Bureau of Customs)

The Bureau of Customs-Port of Ninoy Aquino International Airport, in a statement recently, said some 396 black ants were confiscated in two separate occasions.

On February 4, 2 two undeclared import shipments from Poland containing harmful black ants that were concealed in 396 specimen tubes were confiscated.

Three export shipments — which were misdeclared as LEGO bricks but actually contained 21 small cups and 21 specimen tubes containing assorted black ants — were also confiscated on January 24. The shipments were bound for France, Singapore and Italy and were sent by a certain “Shin Yap.”

“Like in other countries, the importation and exportation of non-native black ants are strictly prohibited in view of the danger it poses not only to human health but also to the environment,” the bureau said in a statement.

The seized black ants were immediately turned over to the Department of Environment and  Natural Resources and were subjected to seizure and forfeiture proceedings for violation of RA 9147 otherwise known as “Wildlife Resources Conservation and Protection Act”, and RA 10863 also known as the Customs Modernization and Tariff Act.