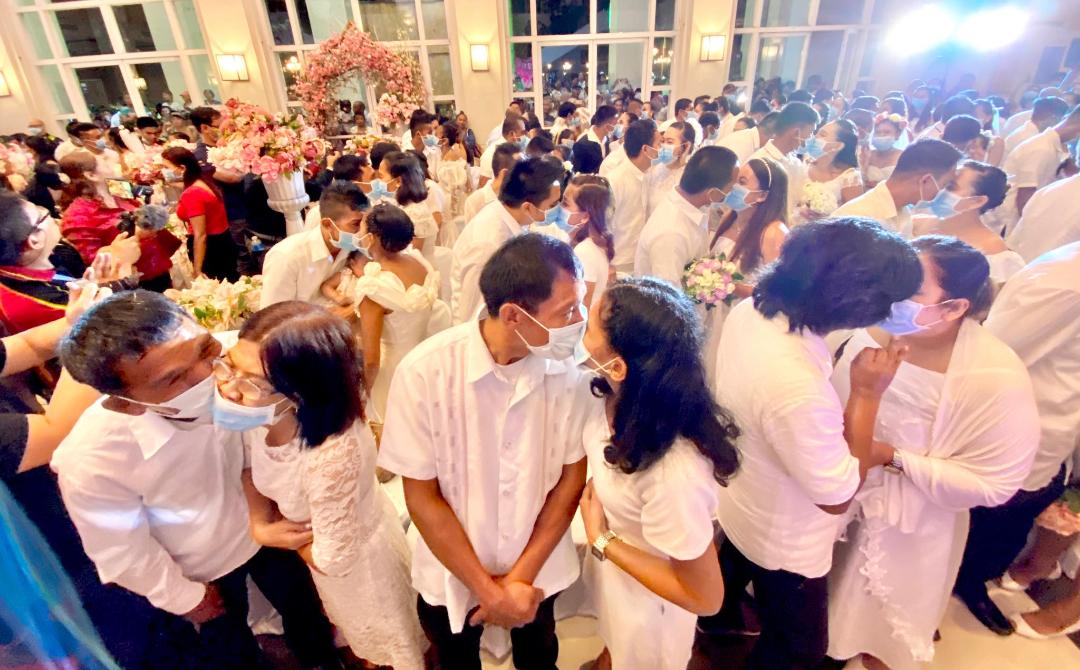 Face masks become part of the attires of these couples who seized the chance to get married for free at a mass wedding event by the Bacolod City government. CONTRIBUTED PHOTO

MANILA, Philippines — Many Filipino Catholics now see marriage as unnecessary before living together, an online survey by the church-run Radio Veritas has showed.

According to the Veritas Truth Survey (VTS) which was conducted in January, the majority of the respondents disagreed with the question: “Should couples get married first before living together; and not engage in a common-law partnership arrangement?”

The online survey conducted from January 1 to 31, has 1,200 respondents nationwide, with a ±3 percent margin of error.

Some 45 percent of respondents said marriage is not a requirement before living in, 40 percent believe in a marriage-first arrangement, and the remaining 15 percent were undecided.

Of the respondents aged 40-60 years old, 48 percent said couples should be married first before living together, 29 percent said it’s unnecessary, and 23 percent were undecided.

Teen respondents or those aged 13-20 years old, 34 percent said marriage is a must before living together, 51 percent said it is not a must, and 15 percent were uncertain.

Radio Veritas president Fr. Anton Pascual called the survey “a challenge in the Church’s ongoing mission to evangelize the faithful most especially nominal Catholics on the beauty of the sacrament of marriage”.

“To instill this social reality on the respondents’ perception towards common law partnership, we should evangelize our Catholic faithful on the transcendent value of marriage which places God in union between husband and wife,” Pascual said in a statement.

“This comes from the ‘instant mentality’, which comes from this young age group. The somewhat prolonged courtship process our elderly have experienced is something foreign among our young,” Sorita said.