Sara says Robin Padilla is 12th on lineup, but Bongbong says no 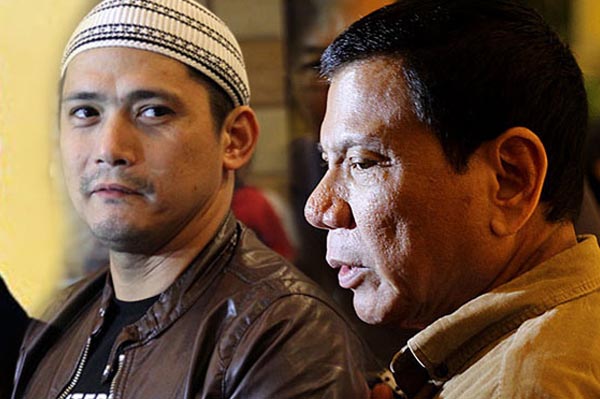 MANILA, Philippines — So is Robin Padilla the 12th bet in the Marcos-Duterte senatorial slate?

Davao City Mayor Sara Duterte-Carpio, the tandem’s vice presidential candidate, announced that the actor was on the lineup on Wednesday night at a grand rally at the Paoay Sand Dunes in Ilocos Norte.

But after the rally, former Sen. Ferdinand “Bongbong” Marcos Jr. said no — the Padilla was not on the lineup.

“First of all, about our senators who are with us on the UniTeam: We already have twelve on this day,”  Duterte-Carpio said in Filipino before reading the names of the candidates on their slate.

However, there seemed to be some confusion within the Marcos-Duterte team.

After the rally, Marcos said that Padilla was “not in the twelve but is part of the group.”

Padilla himself said in Filipino: “With Ma’am Sara, I’m really under her.”

Earlier in the day, the tandem had a motorcade through several towns in Ilocos Norte, a Marcos bailiwick.

Padilla, known as an ally of the Duterte family, was previously included in Duterte-Carpio’s list of “friends.”

Here are the other candidates on the senatorial slate of Marcos-Duterte tandem — also called the “UniTeam”:

“Why UniTeam? Because we want to a give a face to the saying: ‘In unity, there is strength’,” Duterte-Carpio said in Filipino.

Rights group worried about stand of Robin Padilla on EJKs

Robin Padilla wants more foreign investors; but no tax perks for them