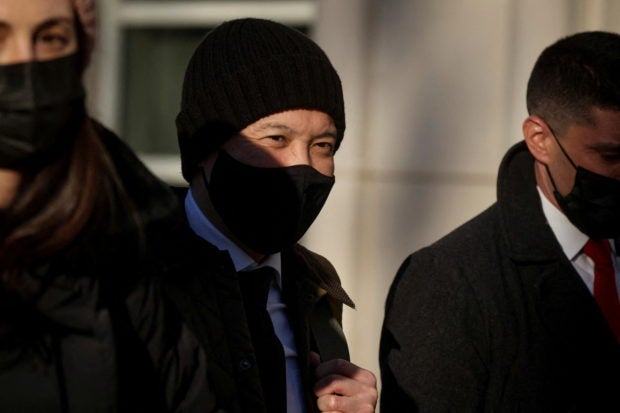 NEW YORK — Two former Goldman Sachs colleagues will face off in a Brooklyn courtroom on Wednesday in a trial over the looting of hundreds of millions of dollars from Malaysia’s 1MDB sovereign wealth fund, one of the biggest scandals in Wall Street history.

Roger Ng, Goldman’s former head of investment banking in Malaysia, is charged with conspiring to launder money and to violate an anti-bribery law. Prosecutors said in opening statements at his trial on Monday in Brooklyn federal court that Ng, 49, received millions in kickbacks for helping embezzle funds from 1MDB.

On Wednesday, prosecutors will call their star witness: Tim Leissner, a former Goldman partner and Ng’s former boss at the bank’s Southeast Asia operation. Leissner, 52, in 2018 pleaded guilty to money laundering and bribery charges and agreed to cooperate with the government’s investigation.

Ng has pleaded not guilty and his defense lawyer, Marc Agnifilo, said in his opening statement that Ng had no role in the scheme allegedly perpetrated by Leissner and Jho Low, a Malaysian financier who served as an intermediary for deals in which Goldman helped 1MDB sell $6.5 billion in bonds.

Low, the accused mastermind behind the scheme, was indicted in the United States alongside Ng in 2018. He has not been arrested by U.S. or Malaysian authorities. Low’s U.S. lawyer did not respond to a request for comment.

U.S. prosecutors say Goldman earned $600 million in fees from the deals, and that around $4.5 billion of the funds raised was embezzled. Goldman paid a nearly $3 billion fine and arranged for its Malaysian subsidiary to plead guilty in U.S. court.

Leissner will likely be questioned by the government about Ng’s alleged involvement in a scheme to embezzle some of those funds, use some of them to bribe officials to win business for Goldman, and keep some for themselves. Prosecutors have said Leissner’s testimony will be backed up by other evidence.

“He’ll give you an inside view of this bribery and money laundering scheme,” prosecutor Brent Wible said in court on Monday.

Agnifilo has countered that Leissner, who has not yet been sentenced, has lied to prosecutors about Ng’s involvement in a bid to lighten his punishment. He spent much of his opening statement attacking Leissner’s credibility, portraying him as a socialite who stole to finance a lavish lifestyle.

Leissner’s testimony was expected to start at 9:30 EST (1430 GMT). A lawyer for Leissner did not immediately respond to a request for comment.

US returns $452 million in 1MDB funds to Malaysia