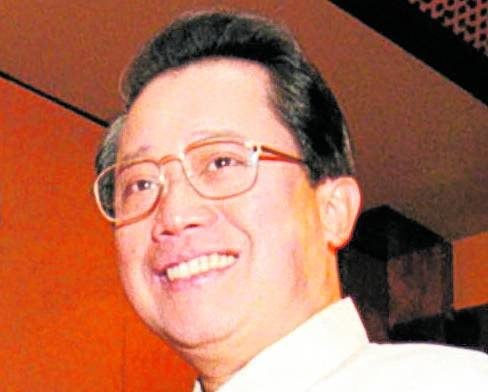 The lawyer, columnist and veteran broadcaster was in and out of the hospital as his sickness progressed.

Still, his brother said Puno’s demise was a surprise to the family since he just returned from confinement, seemed to be getting better and even received visitors on Sunday.

“The family is grieving, hindi namin expected talaga,” Ronaldo said over the phone.

Puno became a household name in the mid-1980s when his talk show “Viewpoint” aired on GMA.

Puno, a fluent English speaker, was fresh from his first stint as corporate secretary of Philippine Airlines, when his program launched in 1984 tackled controversial public affairs issues just as the country was reeling from the assassination of former Sen. Benigno “Ninoy” Aquino Jr.

Viewpoint ran for 10 years and won many awards before Puno transferred to ABS-CBN, this time hosting the prime time talk show “Dong Puno Live!” in Filipino.

Many were shocked when he left ABS-CBN to join the Estrada Cabinet as press secretary a month later to replace veteran newsman Rodolfo Reyes.

President Joseph Estrada was ousted in January 2001 but Puno joined his senatorial line-up for the May election. Puno lost his Senate bid and eventually returned to ABS-CBN to host “Dong Puno Nightly.”

In 2003, he was appointed as senior vice president (SVP) for integrated news and current affairs but gave up the position the following year after the network enforced a policy prohibiting ABS-CBN executives from having on-camera programs at the same time.

Puno told Inquirer Entertainment then that he had asked ABS-CBN to relieve him of his corporate duties as SVP so he could “focus [his] energies on greater on-air and on-camera involvement in various platforms” of the network.

“I really want to focus on actual, on-cam programs,” Puno told the Inquirer on the phone that time.

Puno found himself in front of the camera again in 2005 to anchor the short-lived “Insider” before trying his hand anew in politics.

He ran for representative of the lone district of Muntinlupa in 2007 and 2010. He lost both times.

Puno returned to media in 2011, hosting a television talk show with a political format in “Aksyon TV” and later, the public affairs radio program “Karambola” with other block-timers on AM radio.

Puno was the eldest child of former Minister of Justice and Court of Appeals Associate Justice Ricardo Puno Sr. and the former Priscilla Villanueva. He obtained his law education from Ateneo de Manila University and Harvard Law School.

He is survived by his wife, Christy; sons Ricky and Donnie, and 11 siblings, including former Interior Secretary and House Deputy Speaker Roberto “Robbie” Puno.